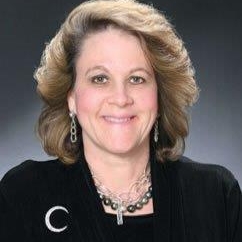 El Paso, TX—Jeweler Susan Eisen, president and chief designer of Susan Eisen Fine Jewelry, Watches, Art & Appraiser, has been included in the second volume of At The Bench, published by MJSA. The book includes nationally known goldsmiths and experts describing their creative jewelry techniques and designs.

An article within the book features a technique Eisen created to design and fabricate her one-of-a-kind Franklin Mountain Collection pieces. Titled “Stick With It,” the article demonstrates her use of an adhesive paper to aid in arranging difficult jewelry pieces and enable them to be joined with a laser welder.

Eisen, G.G., MGA, CGA, has a multitude of both local national awards and credentials. She is the current president of the Texas Jewelers Association and has authored two books, one on collecting jewelry (www.crazyaboutjewelry.net) and the other on avoiding family heirloom inheritance battles (www.inheritanceexpert.com). She also hosts a weekly radio program called “Crazy About Jewelry” every Saturday at 12:30 p.m. on El Paso’s KTSM 690 AM.

An El Paso native, she founded her first store in 1980 and grew from a one-person operation to a renowned jeweler whose designs have been worn by major celebrities on the red carpet for the Emmy Awards, Academy Awards (Oscars) and Screen Actors Guild Awards.

Eisen has been honored by the Women’s Jewelry Association, American Gem Society, National Jeweler magazine, and more, as well as receiving many local awards, including the Better Business Bureau’s Award for Excellence, Best Jeweler in El Paso’s Best of the City awards, and the local newspaper’s Best of the Border award. Her gallery also features fine art and crafts by El Paso and national artists.

MJSA, (Manufacturing Jewelers and Suppliers of America) has been advancing the interests of jewelry manufacturers, designers and retailers since 1903. The organization also publishes The Professional Excellence in Jewelry Making and Design Journal bimonthly, with a circulation of 17,000. 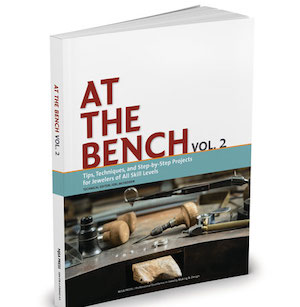 Previous article:
Pandora To Shut 25% Of Stores Worldwide, But Earnings Are Up