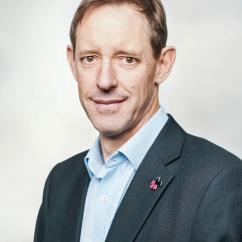 During more than six years as CEO of De Beers Group, Cleaver has led the business’s transformation across the value chain, De Beers Group said in a statement. During his tenure, De Beers launched the world’s largest and most sophisticated diamond recovery and exploration vessels; redesigned supply agreements with sightholders to enhance the efficiency of rough diamond distribution; integrated the organization’s downstream businesses; created Tracr, a distributed diamond blockchain that starts at the source; launched the Lightbox Jewelry laboratory-grown diamond business; and established and embedded the “Building Forever” sustainability framework across the Group, including setting 12 ambitious sustainability goals for 2030.

“Bruce has led De Beers with distinction, evolving the company’s strategic vision to ensure that consumers’ desire for diamond jewelry is at the very heart of decision making across the diamond pipeline, while leading a safety transformation to ensure employee safety and wellbeing are recognized as the first priority and a shared responsibility,” Wanblad said. “He has successfully steered De Beers through a period of considerable change over the last six years, including leading the way through technology to provide consumers with absolute assurance of the ethical provenance of their diamonds.”

Cleaver’s replacement, Cook is veteran executive of energy and mining companies. Most recently, he served as executive vice president of exploration and production international for Equinor ASA, the Norway-based global energy company. He was responsible for operations in 12 countries across Africa, North America, South America and Europe. Previously, he held the role of executive vice president for global strategy and business development as Equinor where he created a net zero strategy and reshaped its portfolio for the energy transition. He joined Equinor after a 20-year career at BP that spanned several corporate, commercial and operational and major project development roles, including serving as chief of staff to the CEO.

“Al brings more than 25 years of international leadership experience, gained predominantly at BP and Equinor, most recently leading Equinor’s multi-billion dollar global E&P business across Africa, the Americas and Europe,” Duncan said. “I believe Al’s multi-disciplinary strategic skillset and strong personal conviction and values are ideally suited to the nature of De Beers, a global business that spans much of the spectrum from exploration and mining to Bond Street and Madison Avenue.”

Previous article:
White’s Jewelry Closing After 46 Years with a Going Out of Business Sale