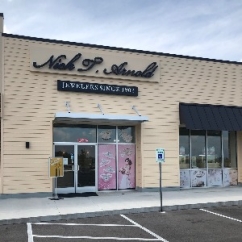 Owensboro, KY--Fourth generation jeweler Candy Arnold Oakes is grateful for the community's support over her three decades with her family business, Nick T. Arnold Jewelers, which first opened 120 years ago.

"We know the people that we work with. I am seeing the same (pieces) that I sold 20 years ago and I know how to help take care of it," she said, per a news report.

Oakes stated that one of the most significant changes in the jewelry industry was the emergence of lab-grown diamonds, which is decreasing the supply of materials previously used as jewelry's main components.

"The planet really is changing; there are less pearls to get and less diamonds to get," Oakes explained in the report. "So there are industries learning to create those things to satisfy that need."

But the transition's pretty good, said Oaks in the report, who believes it has made jewelry more appealing to the younger generation. While the older generation is still getting familiar with the changes, youngsters are okay trying out the lab-grown pieces.

Oakes said that her time in the company had been spent establishing the business not as a commercial enterprise but as a smaller personal business.

"It is great to have an anniversary, and we are blessed to have an anniversary," Oakes noted in the report. "We have the ability to help the everyday person that's been coming in for 120 years and just simply doesn't want to go to someone they can't trust to take care of them. That's the biggest thing that makes us stick around, is we care about every job."

Learn more in the entire report.