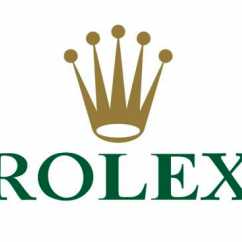 Geneva, Switzerland--Swiss watch brand Rolex has quietly named Nicolas Brunschwig as its new chairman. He replaces Bertrand Gros, who turned 72 this year, and resigned in July.

Brunschwig was appointed to the chairman role of Rolex and Rolex Holding without an announcement or fanfare in August, according to reports. The company reported the move on Thursday in a corporate registry filing. The move was earlier reported by Swiss newspaper Handelszeitung.

Rolex, controlled by a private foundation created by founder Hans Wilsdorf, tends to avoid media attention, preferring to let its marketing speak for the brand. The company hadn’t publicly announced the move earlier.

Brunschwig has been on Rolex’s board since 2016 and departed the board of the Hans Wilsdorf Foundation when he was appointed Rolex chairman.

With annual sales of about 8 billion Swiss francs (S$11.6 billion), according to Morgan Stanley, Rolex is the biggest Swiss luxury watch maker with a market share close to 30 percent. Headed by chief executive officer Jean-Frederic Dufour, the company is estimate to produce about 1 million watches a year.