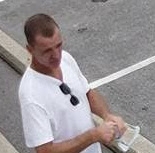 A Jewelers Security Alliance bulletin describes a male suspect (pictured) who visited the jeweler the day before the theft, then came back and helped himself. The suspect was described as “all over the board” on what he wanted to see during his initial visit.

The next day he came back to the store, parking his car (below) across the street in a shopping center. Wearing a COVID mask and a ball cap, he ignored the owners’ greeting and went to the bridal room. While all staff were busy with customers, the suspect went behind the case, got the keys, returned to the public side of the showcase and reached over.

After several attempts, he unlocked the showcase and took a three-carat diamond ring—but returned the keys to a drawer. The ring was discovered missing the next day. 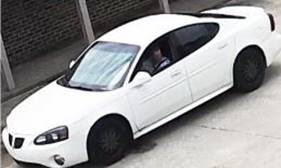 The suspect was previously pictured in a JSA Crime Alert dated 11/06/19, and is reported to have committed similar thefts in Missouri, New York, Illinois, Lousiana, North Carolina, Oklahoma, and Arkansas. Anyone with information, please contact JSA at jsa2@jewelerssecurity.org.

Separately, JSA reports two traveling jewelry salespeople were robbed in a Florida parking lot. The two had parked at a Whole Foods in between sales calls. The suspects were in a dark Chrysler minivan. Anyone with information is asked to call Crime Stoppers of Tampa Bay, Inc., (800) 873-8477 or contact JSA as above. Also in Florida, an employee of Elite Fine Jewelers in Pembroke Lakes Mall, Pembroke Pines, shot two robbers in the process of a smash-and-grab August 15, the Sun Sentinel reports. The two suspects were smashing cases and grabbing jewelry before an employee used a concealed weapon to shoot both. The suspects were taken to a local hospital where they were listed in stable condition and facing charges of armed robbery.