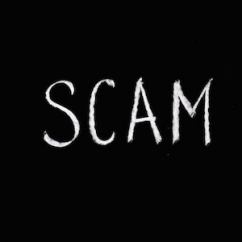 Nottinghamshire, UK--Scammers tricked an older woman into buying a Rolex watch and then sending it in a parcel.

[Photo by Anna Tarazevich via Pexels]

A report notes that the victim — a resident of Broxtowe — was contacted by someone claiming to be from the police. The woman was then asked to buy a watch and send it through a courier — a scam that cost her 17,000 pounds ($19,836).

Per the report, this was one of the 18 incidents of courier fraud reported to the police since October 18. Five of the victims of this scam ended up losing money and jewelry. Other similar scams asked people to withdraw large sums of money as a part of a covert police operation. The suspects were told in those cases that the bank had been distributing counterfeit notes and the police needed to check them.

The report noted that three victims lost around 8,000 pounds, while a fourth victim lost 6,000 pounds.

In the report, Dale Richardson, from Nottinghamshire Police, said that fraudsters could be incredibly deceptive in their methods and urged people never to share any personal details, bank card details, or identification numbers.

"If you suspect a fraudulent phone call, hang up the phone and wait five minutes, then call 101. Never use redial," he warned in the report. "I would encourage friends, neighbours and family members to us help protect those who may be particularly at risk from these types of scams."

Learn more about the incident in the original news report.

Next article:
Melbourne Museum will Exhibit a Large Collection of Pink Diamonds Owned by LJ West