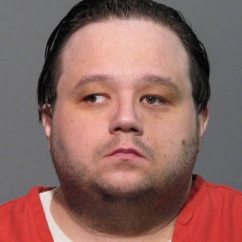 New York, NY—Jewelers dream of getting their pieces placed on A-list celebrities, but for New York’s Crown Jewels Estate Jewelry, it turned into a nightmare when a purported producer from Sony Pictures fleeced the retailer out of $2.09 million worth of jewelry. The thief, who turned out to be an imprisoned mobster in Miami, crafted legitimate-looking insurance documents and emails asking for the loan of some jewelry for actress Jennifer Lopez to wear while filming a movie.

But there was no movie, and for the jeweler, there was no insurance reparation either. Their insurer, Lloyd’s, cited a dishonest entrustment exclusion in the policy—which was upheld by the 1st New York Appellate Division in court.

Claims Journal reports that the so-called producer, “Paul Castellana,” (top image, Wikipedia) who had emailed the Manhattan jewelry store in March 2017, was instead James Sabatino, a member of the Gambino organized crime family. He had communicated with Crown Jewels from cell phones while being held at the Federal Detention Center in Miami. Sabatino, who has multiple aliases, is a legendary con artist in Miami who has fleeced many Miami resorts out of hundreds of thousands of dollars, says the article. And Crown Jewels was one of at least 10 jewelry retailers he scammed over time, including some famous names like Tiffany and Judith Lieber.

“According to charging papers, Sabatino bought five cell phones from correctional officers at the detention center to create email addresses that looked like they were legitimately connected to Sony Pictures International or Universal Studios. To rip off Crown Jewels, he created a fake insurance certificate and gave the jeweler a contact number to a person who could confirm that it was legitimate. The contact information matched person’s contact information on the insurance company’s website.

In the Crown Jewels caper, Sabatino sent an associate to the store to collect the “loaned” jewelry. But other victims mailed jewelry, watches, designer handbags and shoes to various South Florida addresses, never to be seen again.”

The appellate court, meanwhile, essentially said “too bad” and that even if the jeweler acted in good faith in assuming the documents were legitimate, it was their own mistake not doing a better job of verification. “The loss of plaintiff’s jewelry resulted from theft or an act of dishonest character on the part of the persons to whom the jewelry was entrusted,” the appellate panel said. “It is irrelevant to whom or for what purpose the jewelry was actually or intended to be entrusted,” says the article.

Jewelers Security Alliance president John Kennedy was interviewed for the piece. He said con artists always look for the weak link—such as calling at a time when the boss is unlikely to be there—and that it’s imperative for jewelers to take the time to do their homework.

To protect themselves whenever they’re being asked for a loan of merchandise, jewelers should independently verify all information given to them and never should rely on a phone number given to them by the person making the request, Kennedy said in the article.