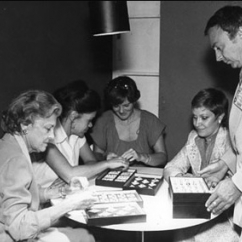 New York, NY—Jean Vitau, considered a pioneer in jewelry design in the United States, died February 12 at his home in New York after battling cancer. He was 83.

Vitau, who emigrated from France more than four decades ago, was among the first to brand jewelry with his patented GemLok setting. He later founded the Gemveto Jewelry Co. in New York.  An early photo of him and his family at work is shown here.

Vitau is survived by his wife, Irene, three children, Pascal, Philipp, and Mimi, and six grandchildren.