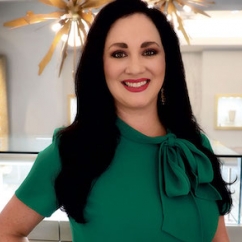 In an article in okcFriday, Valerie Naifeh described Jump as "an employee who assumes ownership without being an owner; someone who has the desire and temperament to take your business farther than you could possibly do alone.” Jump will oversee all sales operations and diamond purchasing, while Naifeh will continue to provide creative vision and direction for the company, says the paper. Both will oversee day-to-day operations of the 5700-square-foot store, which moved to its present location in 2019.

Prior to striking out on her own, Naifeh was the in-house designer for the former Samuel Gordon Jewelers in Oklahoma City. In 1992, she won a prestigious De Beers Diamonds International Award for her triton shell brooch made of onyx and pearl.

“That was the catalyst that gave me the confidence to eventually open my own store,” she said on her store’s website. 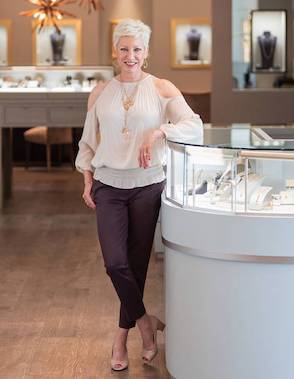 Since opening, her company was twice named one of the city’s fastest growing companies by the Oklahoma City Chamber of Commerce Metro 50 Awards. Not surprisingly given her design background, Naifeh still specializes in custom design, and offers her own private-label line of jewelry. She also she carries a robust selection of bridal and designer jewelry from some of the industry’s top luxury names such as Arman Sarkysian, Armenta, Beverley K, Gurhan, JB Star, Jude Frances, Monica Rich Kosann, Christopher Designs, Memoire, and much more. 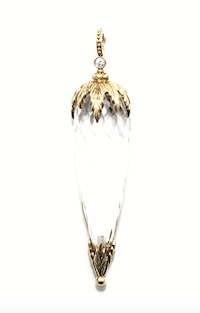 With her AGS background and membership, appraisals are an important part of the store’s business, and Naifeh’s also a licensed gold buyer through the Oklahoma Department of Consumer Credit. In addition to AGS, Naifeh Fine Jewelry is a member of Jewelers of America, the Oklahoma Jeweler’s Association, and the Jeweler’s Vigilance Committee. Watch a video from the jeweler here.