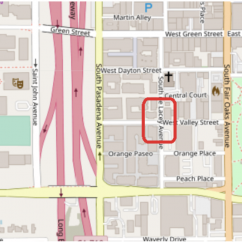 Pasadena, CA--Two gunmen forced their way into the home of a jeweler, pistol-whipped him and fled with several luxury watches at a Pasadena apartment, police said.

According to PasadenaNow.com, two men, both armed with handguns, forced their way into the home of the victim, described as a 32-year-old man who works as an independent jeweler, according to the lieutenant.

They pistol-whipped the victim and demanded jewelry, he said. They ultimately obtained several “high-end” watches.

A security guard reported seeing the robbers get into a waiting car and speed away, Burgess said. Detailed descriptions of the robbers and their vehicle were not available.

Police said the victim had visible injuries to his head, but they were not considered to be major.

The investigation was ongoing, including a check of area surveillance cameras.

The Jewelers Security Alliance offers recommendations on this type of incident:

1. Jewelers need to follow the proper protocols at home, such as good locks and alarms, not admitting unknown persons, and not providing information on their home life on social media.

Next article:
GIA Alumni Association Plans ‘Night At The Museum’ In Tucson