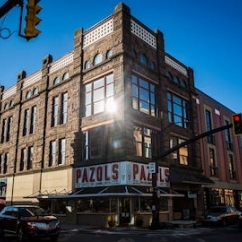 In March, the coronavirus pandemic lockdowns hit, forcing many retailers nationwide to hit “pause” on business. And now, Pazols’ owner Penny Prow, who has worked there for 48 years—almost half of the store’s life—says it’s time to turn out the lights and retire.

In an article in the Muncie Star Press, Prow said, "It's meant so much to me. It was the people in the community, the owners and family, and my family. They become your friends."

Prow told the paper there is no definite closing date currently and the store will remain open through at least December, but the building housing the jewelry store has been sold.

The store was founded in 1920 by Harry Pazol, a wholesale jewelry salesman since the early 1900s who wanted to settle down and get off the road. The store survived many challenges—the Great Depression, WWII, and the 1970s mall boom. Pazols stayed put in downtown Muncie—in the same location it had moved to in 1941, shortly before the United States entered WWII. That’s where it has remained ever since, and where it will close its doors for the final time soon.

Penny Prow began as a stock clerk. In time, she and her then-husband Fred—a bench jeweler and designer—became partners in 1980, and bought the business altogether in 1985.

Previous article:
What’s With Signet Stock? Various Investors Are Snapping It Up