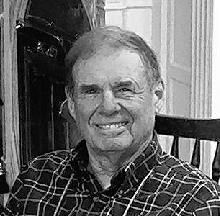 Atlanta, GA—Frank Hawks Maier, Jr., for years one of the jewelry industry’s most prominent retail voices, died unexpectedly on October 31. He would have turned 82 on November 14.

Maier was the son of Frank Hawks Maier and Rosa Carson Maier. He was a 1960 graduate of Georgia Tech, with a bachelor of science degree in industrial management and was in the Navy ROTC for his full four years of college. An ardent Georgia Tech football fan, he was headed to a game at the time of his sudden passing.

From 1960 to 1962, he served as a United States Naval Officer Ensign and LT. (jg) USNR, then earned a master of science in retailing from New York University in 1963.

Maier, known as "Wits" at Georgia Tech, was renowned for his temperament, diplomatic manner, and scores of friends. He was a legendary leader in the jewelry industry, having sat on almost every board the industry has and won almost every award the industry confers. Among those were the prestigious Robert M. Shipley award of the American Gem Society. He was named to National Jeweler’s Hall of Fame in 1991 and was a member of De Beers’ exclusive, invitation-only Carat Club, an honor reserved for outstanding retailers of diamonds. Maier was the CEO of Maier & Berkele, a four-store AGS guild jeweler in Atlanta. Maier sold his stores to Florida-based Mayor’s in 1994.

Maier served on the GIA (Gemological Institute of America) Board of Governors from 1981-2001, and was its executive chairman from 1991-1997. He served as president of AGS’s Southeastern Guild from 1972-1973, and of the national American Gem Society from 1979-1981. He was a director of Jewelers of America (1983-1986), Jewelers Mutual Insurance Company (1985-1997), Jewelry Industry Council, president of the Jewelers Vigilance Committee (1987-1989) and the Georgia Jewelers Association (1970) and served as a board member for the National Retail Association.

On a personal note, I only knew Maier slightly. He had sold his business only a few years into my tenure as JCK's fashion editor, but like all the well-known industry leaders of his day, he was incredibly gracious and willing to stop and talk to a then midlevel reporter and give me as much focus and attention as he would give to any of his peers in leadership.

Maier is survived by his wife, Blanchette, and multiple cousins and family. Services will be private. In lieu of flowers, the family requests a memorial gift to the charity of your choice.