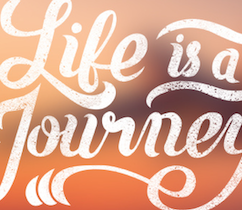 New York, NY—What is ‘modern love?’ In a recent study orchestrated by 360 Market Reach on behalf of Platinum Guild International USA, researchers posed that open-ended question to a pool of 1,000 fine jewelry buyers to see how consumers view a topic that often is fraught with political implications.

The answer? In the court of public opinion, love is love.

In the traditional sense, consumers believe true love is timeless and committed—the same attribute and definition that has endured for years and years and underpins the foundation of most diamond and fine jewelry advertising. But while survey responses were as varied as the participants, says PGI, the definition of modern love also encompasses inclusiveness and equality, and not necessarily marriage. These sentiments were resounding across both genders and generations—and somewhat surprisingly, it was Boomer respondents who were most likely to say marriage wasn’t required.

In terms of inclusiveness, respondents of all ages said ‘love is love’, and nearly half characterized it as “an equal, shared partnership between two people,” irrespective of gender roles or expectations. 53% of both Gen Z and Baby Boomers felt that modern love was ‘characterized as a relationship that does not follow traditional gender roles or expectations’, although 51% of Gen-Z respondents were the ones most likely to say gender identity and sexual orientation don’t matter, followed by Millennials (49%) and 46% of Boomers. It was Gen-X (born 1965-1979) who were the least likely (38%) to define modern love as inclusive and accepting of those relationships. 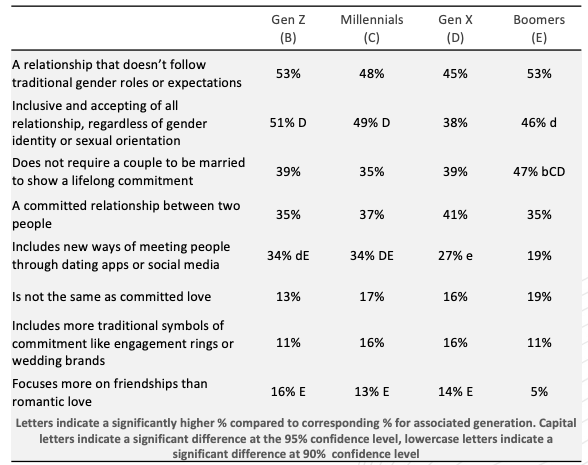 Jill Moynihan Helsel, director of marketing for PGI USA, says, “Our research shows that while there has been an evolution in perceptions and acceptances of the definition, love itself is timeless. much like the jewelry that is worn to represent it. Platinum jewelry fits seamlessly into these love stories, as the metal’s durability, wearability, and timelessness mirrors the characteristics of the strongest of ever-lasting relationships.”

Among fine-jewelry buyers of the past two years, the number-one reason was for a gift for a significant other or spouse—but self-purchase was very close behind, only nine percentage points different. 59% of respondents gave a gift to their partner or spouse, and 50% bought it for themselves. In third place, for 27% of respondents, was gifting to their mother, and 10%, to a child.

To be relevant to their consumers, PGI advises retailers to be mindful of inclusiveness and timelessness in their relationship-jewelry messaging, both in advertising and social media campaigns, as well as during direct client interactions. Campaigns should feature a myriad of consumer types, including same sex and multi-racial couples in addition to traditional heterosexual couples of the same race. Social media can celebrate and highlight a range of life’s milestones, while sales associates can support this messaging during an in-store experience.

While the percentages of answers were relatively similar among the different sectors of respondents, there was one interesting generational anomaly: Boomers, the oldest (and theoretically most traditional) respondents were more likely to feel that marriage isn’t essential in a lifelong commitment. 47% of Baby Boomers said modern love does not require a couple to be married to show a lifelong commitment, as opposed to 37% of Gen Xers, Millennials, and Gen Zers.

Finally, what are consumers looking for in an engagement ring? Among Millennial and Gen-Z buyers--those most likely to be shopping for bridal jewelry--the preference is still for white or rose gold, with a natural (not lab-grown) diamond, and a band with some kind of design, often vintage. For older brides, their preference for platinum was almost double that of younger brides (21% vs. 12%), while only 12% of older brides cited rose gold as an ideal choice, vs. 22% of younger brides. Older brides preferred yellow gold by a margin of more than 2:1 over younger brides, 24% vs. 10%. 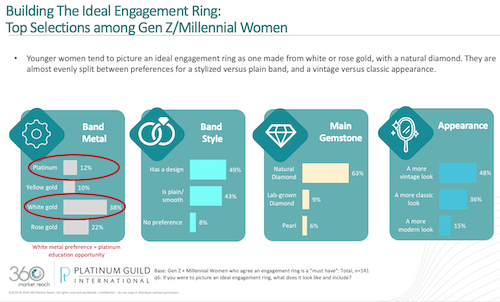 Next article:
Guinness World Record Awarded for “Most Diamonds In A Single Ring”