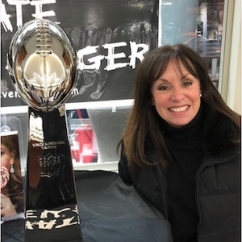 Philadelphia, PA—What’s guaranteed to bring customers into a jewelry store in February?

Nope, not Valentine’s Day. Not even their spouse’s birthday. But a chance to touch the Vince Lombardi Super Bowl trophy? Score! (Left: Nancy Getz, who works with longtime jeweler, manufacturer, and Philadelphia native Andrew Meyer, poses with the trophy.)

As the city of Philadelphia erupted in euphoria Sunday night after their beloved Eagles (NFC) defeated the AFC New England Patriots in Super Bowl LII, jeweler Steven Singer found a way to bring some of that excitement into the store by offering fans a chance to get up close, get a photo, and touch the Vince Lombardi trophy. It was a first Super Bowl win for the “Birds,” as they’re called locally. The Eagles did win the NFL championship in 1960, before the Super Bowl was invented, but they’ve never had a chance to bring the famed Lombardi trophy home before this. 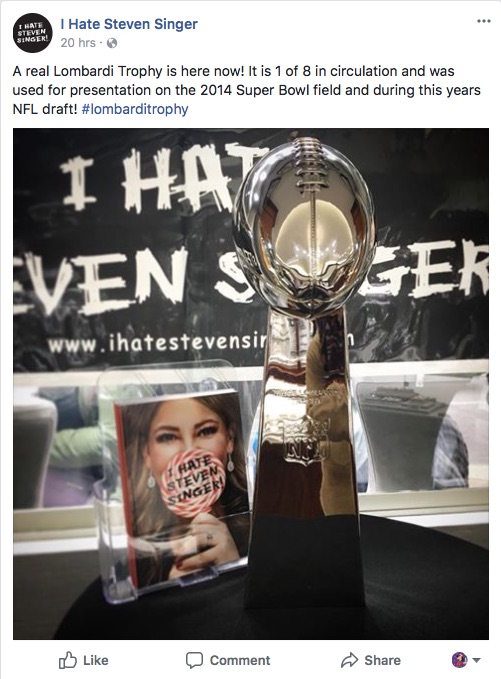 Jeweler Steven Singer brought one of eight Vincent Lombardi trophies to his Philadelphia store to the delight of Eagles fans. The jeweler's famous "I Hate Steven Singer" tagline comes from a customer whose 20th anniversary diamond gift to his wife resulted in a new baby. He joked that going back to midnight feedings and diaper changes was enough reason to "hate" the jeweler.

While it wasn’t the exact same trophy that the Eagles hoisted on February 4 in Minneapolis, MN, it is a legitimate Lombardi trophy. It seems there is more than one—in fact, there are eight in circulation—and the one that visited Steven Singer was used for the on-field presentation during Super Bowl XLVIII in 2014, when the Seattle Seahawks (also the NFC champion) defeated the AFC’s Denver Broncos 43-8, in what was the most decisive Super Bowl victory ever.

Sunday’s Philadelphia victory over New England was more hard-won. While the Eagles dominated in the first half, the Patriots’ famed comeback talent almost threatened to upset the game after halftime. But a fortuitous strip-sack by Philadelphia defensive end Brandon Graham in the fourth quarter turned the game momentum back in the Eagles’ favor and the rest, as they say, was history, with the final score of Eagles 41, Patriots 33.

The jeweler, meanwhile, had fans lined up outside the door for a chance to see and pose with the trophy (no kissing allowed!) and its famous gold-dipped roses were also sold out in Eagles green. 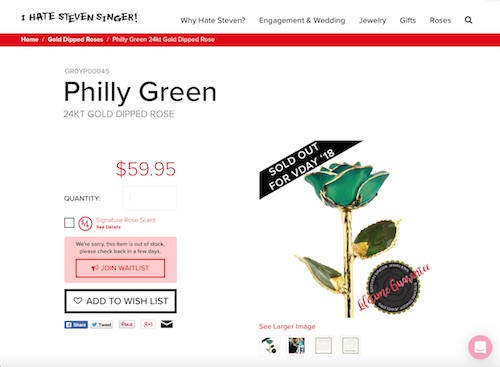 Meanwhile, injured Eagles franchise quarterback Carson Wentz is newly engaged! His Twitter feed on Tuesday read, "She said YES! And now Maddie and I both got us a ring." His fiance, Madison Oberg, sports what appears to be a large round diamond in one of the photos on Wentz's feed. 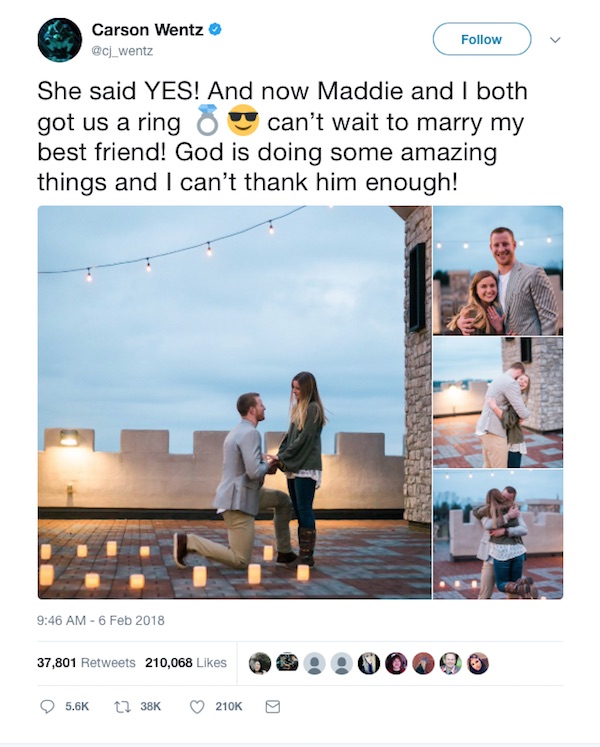 Here's a closeup (sort of) of the ring: 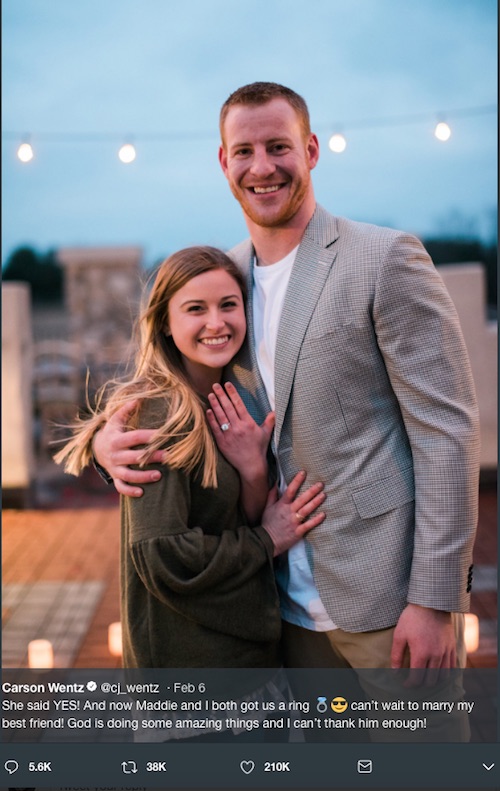 The reaction from Eagles fans? Thrilled for him, of course, but, umm, YO CARSON! WATCH THAT KNEE!!