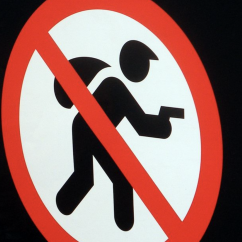 “The owners of R2R Lounge, located on Curacao Gade, reported to police that four-armed, fully masked males, occupying two separate vehicles; a dark-colored Jeep Cherokee and a blue Nissan Versa entered the business,” the police statement said, per the report.

“The victims reported that one of the males pointed a handgun at one of the female victims and demanded that the owner for the establishment open the safe and cash register,” the police said, as per Virgin Islands Daily News. “The suspects fled with about $8,000 in cash, along with the victims’ jewelry worth over $97,000. No one was physically injured during this incident. “

Next article:
Jewelers of America Announces 20 Under 40 in Jewelry Retail