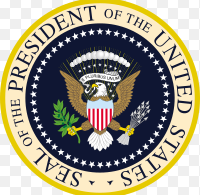 Washington, D.C., D.C. – President Biden on Friday signed an executive order banning a number of imports from Russia, including non-industrial diamonds, in response to Russia’s invasion of Ukraine.

The executive order bans the import and export of a range of products to and from Russia. The ban took place immediately.

Russian-based Alrosa, the world's largest diamond mining operation based on volume, accounts for about a third of the world’s diamond production.

“Putin is the aggressor and he must pay the price,” Biden reportedly said in remarks from the White House to announce this executive order along with a wide-ranging suspension of normal trade relations in concert with western allies.

Not long after the executive order was issued, the De Beers Group issued a statement cautioning those in the industry to know the origin of their diamonds.

“De Beers Group encourages retailers to buy with confidence by engaging with their suppliers to understand the origin of their diamonds, De Beers said. “Every diamond that De Beers Group sells is discovered at one of our mines in Botswana, Canada, Namibia or South Africa. De Beers Group is committed to working with sightholders to support the United States’ demand needs and to provide the origin and impact of every diamond we discover and sell.”

Here is the executive order.