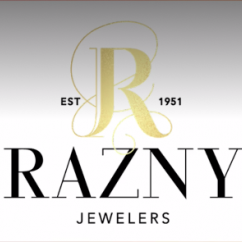 Addison, IL—Get a little ice under the Christmas tree: Razny Jewelers, a four-store luxury jeweler in the Chicago area, is getting a lot of good mileage out of a four-minute promotional video by partnering with WGN-TV9 for its Daytime Chicago program’s sponsored content. Daytime Chicago airs weekdays from 10 a.m. to 11 a.m. The video aired on November 29.

Razny Jewelers was founded in 1951 in Oak Park, IL by Stanley Razny, a gifted bench jeweler who immigrated from Poland to the United States in the late 1940s. He began his American career at Leed’s Jewelers in Highland Park, IL, before branching out on his own with his wife Jane and opening a store in Addison, IL.

In 1986, Stanley and Jane’s son Stan left his career as an accountant and joined his parents at the store. They soon doubled its size. 10 years later, Stan’s wife Ingrid also left an accounting career and joined her husband and in-laws, which meant another expansion—this time to an 8,800-square foot freestanding location in Addison, which remains the flagship location today.

In 2002, the elder Raznys officially passed the torch to Stan and Ingrid, who added three more locations: Highland Park in 2003, a boutique in Hinsdale in 2008, and a 7,500-square foot Rolex and Patek Philippe boutique in downtown Chicago in 2016, one of only two of its kind in the country, and the only Patek Philippe dealer in the city of Chicago. (The jeweler also is an authorized retailer for Tudor, Cartier, and Breitling.) 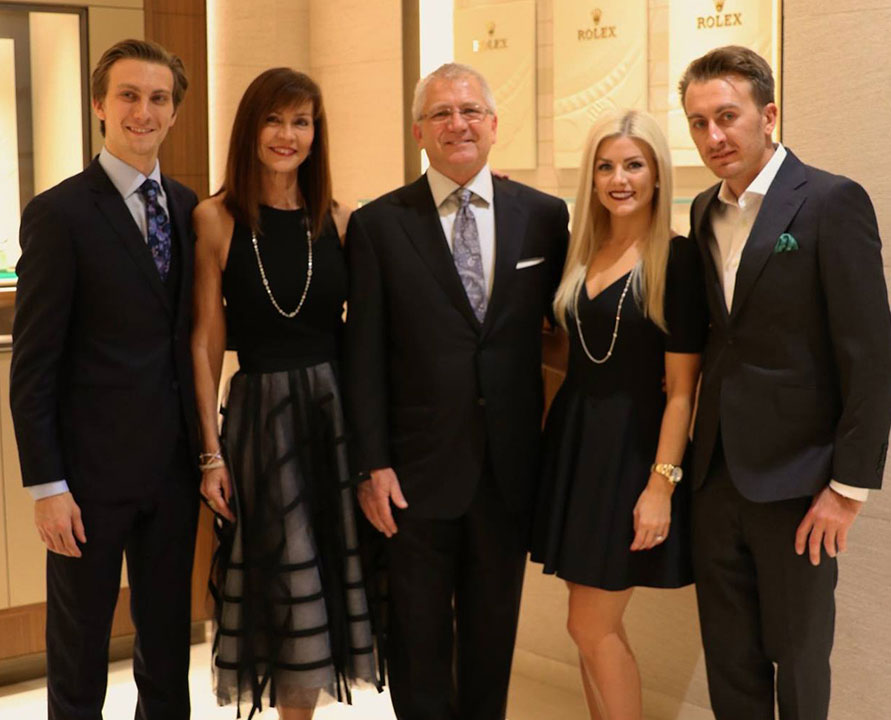 The Razny family: Stan and Ingrid, center, flanked by Michael, Christine, and Eric

The Daytime Chicago video focuses on classic diamond tennis bracelets and necklaces. Host Amy Rutledge introduced Christine Razny Porter, who discussed the timelessness of the design and showed multiple ways to wear it. Watch the video segment here or below. 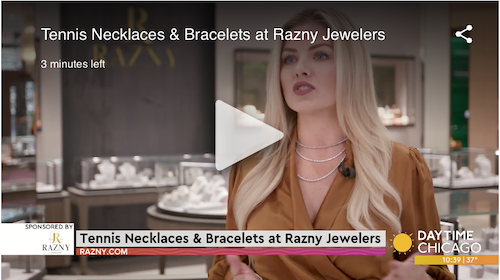