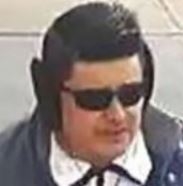 Queens, New York--A pawnshop owner who was beaten with a metal rod last month has died of injuries, police said, as per a New York Post report.

The incident took place on March 28. Arasb Shoughi, 60, was inside the Global Pawn Sjop on Jamaica Avenue near 179th Street. Around 1 p.m., a male suspect attacked him in a robbery attempt.

The police said that the case was deemed a homicide as per the report.

NYPD had previously released disturbing footage of the incident.

Police had also confirmed that the suspect — who had robbed miscellaneous jewelry from the store — remained on the loose after the assault and robbery.

Jewelers Security Alliance has announced a reward of up to $5,000 for any information leading to the suspect's arrest.