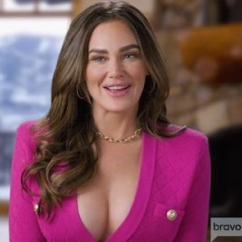 Park City, UT—One of the six women featured on The Real Housewives of Salt Lake City isn’t a housewife at all, at least not in the traditional sense of the word meaning a woman who doesn't work outside the home. Meredith Marks (image, Bravo) is married and a mother of three—and on the show no stranger to controversy—but in her real off-screen life she’s a jeweler and entrepreneur who owns her own eponymous shop in Park City, UT, where she sells high-end fine jewelry, apparel, handbags, and more.

The show is the 10th installment of Bravo’s “Real Housewives” series. On the show, Marks came close to divorce and is feuding with other cast members. But as we all know, “reality” TV is anything but. According to reports, she and Seth, her husband of 25 years, have reconciled and are living together again.

Marks’s passion for jewelry began as a young girl admiring her great-grandmother’s collection of jewelry gathered from over the world, especially a cocktail ring with a 40-carat aquamarine surrounded by diamonds. As a child, Marks was mesmerized by her mother’s Marina B earrings where the bottom stones could be changed, a design that later served as inspiration for her own collection of multi-functional and versatile pieces.

Marks studied fine arts as an undergraduate, worked as a model, and then attended graduate school at Northwestern University, earning both her law degree and a Master's degree from Kellogg Business School.

While working in real estate development and owning a health club, Marks became a wife and a mother, and returned to her passion for jewelry design, attending GIA and launching her business during the 2009 recession—when her business-school training and real-world experience helped her overcome that challenge.

She’s earned some impressive industry chops as an award-winning and celebrity favorite jewelry designer. Her pieces have been worn by Rihanna, Charlize Theron, Courteney Cox, and many others. She won both a JCK Editor's Choice Award in 2016 and the JCK Best of the Best JCK Jewelers Choice Award in 2017 and was named by the Fashion Group International as a FGI Rising Star Finalist in both years for her jewelry designs. 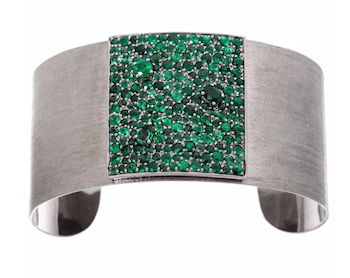 Stardust silver and emerald cuff by Meredith Marks retails for $2,500. An 18k gold and diamond version retails for $15,000. 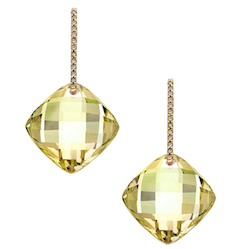 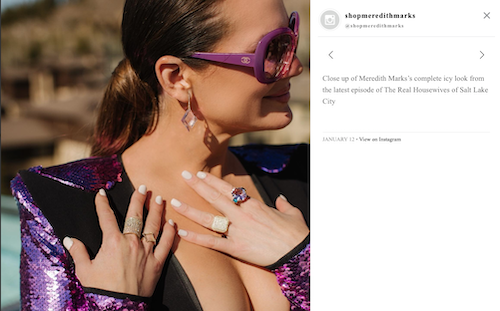 The jeweler in her own creations for a RHOSLC appearance.