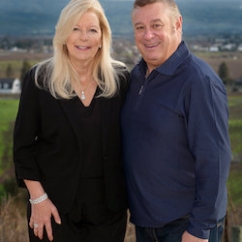 “We are thrilled to welcome five jewelers into the National Jeweler Retailer Hall of Fame this year. We think this year’s class includes some of the brightest and most forward-thinking independent jewelers in the business today,” said NJ editor-in-chief Michelle Graff.

Cathy Calhoun’s eponymous jewelry store is located in a fully renovated bank about 30 miles west of Philadelphia. Both her store and her home are in renovated banks, and both have been featured on television, on HGTV’s series If Walls Could Talk and You Live in What? as well as a more recent appearance in Netflix’s Amazing Interiors. 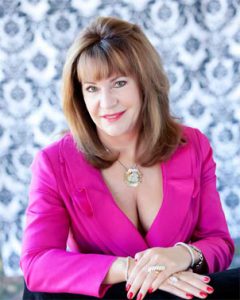 Calhoun is a past president of the American Gem Society (2010 to 2012), winning the organization’s first Sallie Morton Guild Award in 2014 and its Robert M. Shipley Award in 2017. She also was named the Pennsylvania Jeweler of the Year in 2009 by the Pennsylvania Jewelers Association. Calhoun serves on the board of directors for Jewelers Mutual Insurance Company, Jewelers for Children, Jewelers of America, and is a former board member of the Diamond Empowerment Fund.

Husband-and-wife team David and Julia Gardner, opened David Gardner’s Jewelers in the fall of 1983. Their designs have been worn by high-profile people such as former First Lady Barbara Bush, former Good Morning America co-host Joan Lunden and current GMA anchor Amy Robach. The Gardners are active in their community, engaging in more than 400 partnerships, big and small, to help various organizations raise money. They also serve on numerous boards and in various organizations both inside the industry and out. The store itself has won numerous awards, including the Lifetime Business Achievement Award from the Bryan Rotary Club, and has been voted Best in Jewelry by the Brazos Valley community for 17 years. 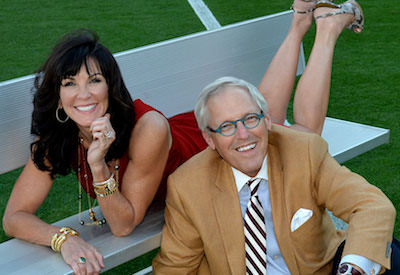 Multi-Store Independent inductee Steve Padis began his career as a jeweler—stringing hippie beads—while at the University of California Berkeley. By the time he graduated in the early 1970s, he had met Judy, from whom he had purchased findings, and who would soon become his wife. He branched out into sterling silver, turquoise jewelry, and gold chains, and opened Padis Jewelry in 1974, specializing in loose certified diamonds, engagement rings, and fine jewelry. Over the years, the business has grown to three showrooms in San Francisco and a fourth store in St. Helena, CA, with a fifth location, a Forevermark store, in the works. Steve and Judy’s daughter, Alexis, has now joined the business and was one of the featured speakers on the Millennial jewelers panel at the recent Centurion Jewelry Show in Scottsdale, AZ.

Related: Inside The Mind Of A Millennial Jeweler, Part One: Myths, Realities, And Marketing