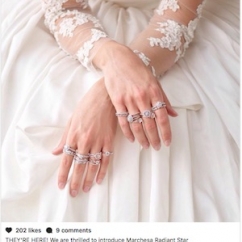 Kansas City, MO—Less than a week after announcing its partnership with fashion brand Marchesa, Helzberg Diamonds pulled the plug on it. (Left, the jeweler's Instagram page from October 5 featured the new line.)

Marchesa, well known for its glamorous gowns and celebrity following, is the brand name for the designing duo of Keren Craig and Georgina Chapman. Chapman, aka Mrs. Harvey Weinstein, is the (now soon to be ex-) wife of the disgraced Hollywood movie mogul whose reputation for sexual harassment is legendary, if heretofore hushed.

Above, a screen grab from the Hollywood Reporter showing the newly-unbranded Radiant Star collection on Helzberg.com last week; below top, by Monday the collection had been taken down. Below bottom, at presstime the jeweler's signature "I Am Loved" logo replaced the blank page. 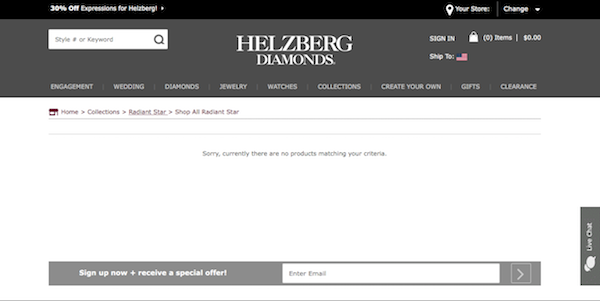 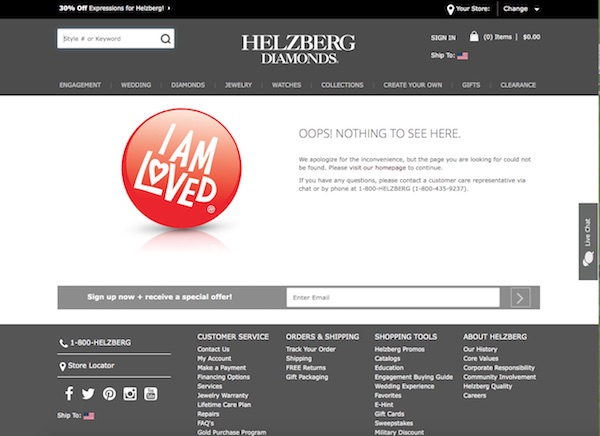 Hollywood Reporter also questioned whether Helzberg’s decision to pull the line sends a good message or a bad one to women, saying Marchesa is Chapman’s company, not Weinstein’s, and she wasn’t the abuser. (Chapman and Craig founded the company in 2004, the same year Chapman started dating Weinstein, but three years before they married.)

But numerous other reports allege it was Weinstein’s power and money that drove much of Marchesa’s success. He poured money into it personally and convinced other high-powered friends to invest in the brand as well. He also reportedly was as forceful about demanding female stars of his films wear Marchesa gowns for red-carpet appearances as he was about demanding sexual favors from them.

Although Chapman immediately and very publicly announced her intention to leave Weinstein, even apart from Helzberg’s move the brand is taking a beating, according to reports.

Dallas, TX—The famed Neiman Marcus Christmas Book (below) has been known for some truly out-of-this-world fantasy gifts, including the 2015 offering of a space capsule trip 100,000 feet above the earth. 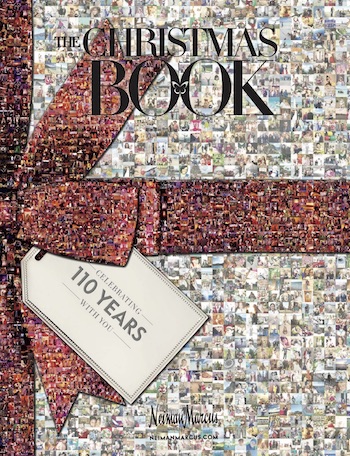 Of course it’s no surprise the retailer periodically offers jewelry-themed fantasy gift experiences, such as the 2013 Forevermark Experience that included a trip to both London and the diamond-producing countries of southern Africa, as well as dinner with De Beers’ then-CEO Philippe Mellier and Forevermark CEO Stephen Lussier.

This year NM returns to a similar theme, only with a 7.2-ct Gemfields emerald and designer Stephen Webster. For $300,000, Webster will accompany the buyer on a trip to Gemfields’ Kagem Mine in Zambia, and create a one-of-a-kind piece. Later he will host the buyer in his studio for a day and, together with his wife Assia, for dinner in London. The experience also includes lodgings at London’s famed Connaught Hotel, Zambia’s Royal Livingstone hotel, a visit to Victoria Falls, and a day spent at the mine and sorting facilities. 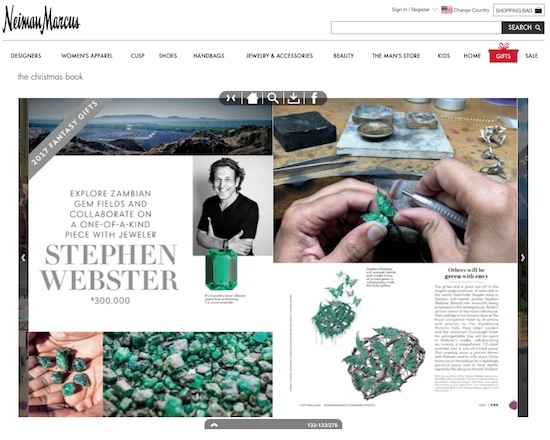 The Neiman Marcus Christmas Book spread featuring Stephen Webster as one of the 2017 Fantasy Gifts.