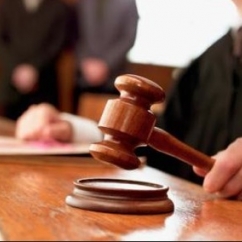 New York, NY—Have you ever walked past a display window or seen an ad for a piece of jewelry that looked familiar—a little too familiar?

If you think you’ve been knocked off, it’s not unusual to feel your blood boil, especially if the knockoff piece is being sold for much less than your own design. Your immediate reaction is probably to grab the phone and call your attorney—but are you sure a costly, time-consuming lawsuit the best (or only) way of resolving the issue?

In our last installment, we addressed the issue of copyright infringement from the defendant’s perspective, and what steps to take if you’re served with an infringement suit. But if you’re the potential plaintiff, stop first and ensure that the copyright registration is proper before making accusations. Here’s what to know before you sue:

One often-overlooked area in this industry is whether or not the true author is properly identified. Copyright law favors artists. Many companies obtain designs from third party sources that are not W-2 employees. Legally, unless such outside designers actually provide a written transfer of ownership to designs, the manufacturer or producer of the design does not properly own the copyright to the design. But it does own the copyright to designs created by W-2 employees.

In rare instances, a designer may refuse, and litigation may then ensue between the purported owner of the copyright and the designer as to legal rights to the design. While it likely would be a death knell for any designer to refuse to assign to his or her customers rights to the copyrights (because that designer would not likely receive future commissions) one can never predict what an individual will do in any situation. 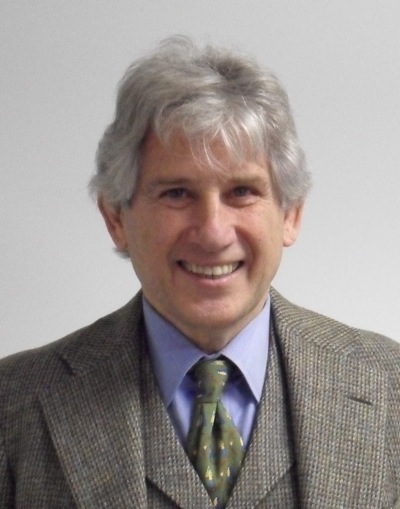 Before you start spending money in litigation, check into the party who has been copying or making the accusation. Do you know them? Can you call and personally speak with them? Are they someone who likes fights and adversity? Is the potential adversary a large corporation with corporate mentality, or a smaller business in which personal responsibility for actions seems more relevant?

It is often easier to speak to an owner of a company to resolve a matter than to speak to someone in a corporation who has responsibility for litigation. Additionally, dealing with a principal can move things quickly, but if your adversary is of the corporate type, easy resolutions may be harder to achieve.

What can a copyright owner do to stop an overseas source from copying? Fortunately, most of the financial aspects of a potential IP litigation occur in the U.S., so if you can find the domestic importer or manufacturer and the retailer and you have a valid copyright, you can make headway relatively easily.

How do you deal with the foreign source? It is possible to sue foreign sources in the U.S., but the process of serving a complaint may be complex. As things have been changing and the need to stop foreign copying has become more apparent, international law is beginning to make it easier to sue foreign companies in the U.S. On the other hand, suing and stopping infringement is one thing—collecting money is quite another.

There are significant and growing worldwide government anti-counterfeiting activities. Many poorer countries wink at these and allow counterfeiting to occur without taking any serious steps to stop copying.

One of the most frequent refrains we hear from a company accused of copying is that “the law says a 10% change is enough.” As you might expect, that type of comment has no real meaning. In order for an accused design to be found infringing, the designs must be “substantially similar” and the accused design should have been copied from the original. The closer the designs, the more a court can presume actual copying so long as the first design was publicly available. Access will be presumed if the designs are almost identical. Showing independent creation of an accused design is an absolute foolproof way to defeat a claim of infringement.

Courts often are not quick to resolve factual disputes, and judges want to hear all possible evidence before reaching a conclusion. We had a case in which five items were accused of being copied, and defendants produced invoices to show they had the items on sale before the dates of our client’s creating the designs. Although our client was frustrated and believed the invoices were phony, the court was not willing to summarily grant our client’s requests to stop the copying. As it turned out, due to unexpected events, we were able to inspect and found our client’s embedded trademark in the defendant’s molds. After the judge saw that trademark, he asked the defendant if he could also see it. After the defendant said no five times, the judge found infringement, awarded damages and attorneys fees.

Such cases are very difficult. Some clients have the faith to continue moving forward, incur fees and hoping that evidence of clear lying will be uncovered and a judge will understand it. Others choose not to continue such litigations and become disgusted with the legal process.

Lawsuits can be effective and damaging to a potential infringer. Since copyright issues are relatively easy to discern, some parties file a lawsuit and seek an immediate restraining order, stopping all sales of the accused designs as well as a recall of all infringing designs in every location in which the design is found.

Federal judges are not sympathetic to infringers, and if intentional infringement is apparent and a party seeking to protect its copyrights is willing to spend the sums to obtain immediate injunctive relief, a defendant and its customers can find their regular business practices materially impaired.

The decision on the question of infringement is often made by one person—a judge—and there is no way to ensure how a judge will rule, since that ruling is not likely to be quickly reviewed. Considering that federal judges are usually over 50, have little experience in the jewelry industry and may be male or female, the identity of the decision maker can have a significant impact on the result. You cannot pick your judge; it’s matter of luck who hears your case. Additionally, a number of judges are in their 60's and 70's, and considering that federal judges often come from institutional type settings, whether as government attorneys, partners in major law firms or other “leaders” of the legal industry, their sympathies are often with the more established companies rather than newcomers. There is no way to effectively address this type of unpredictability, and one can predict there will be—and should be ready to deal with—unexpected events in any litigation.

Here’s an example of an unexpected event from my practice: in one case, an initial question was whether or not the lawsuit would proceed in New York or California. The other side was able to have it moved to California, which meant that I had to go to California for court conferences. While there, we used our time to walk the streets and talk to many people in the jewelry district who we never would have had an opportunity to meet otherwise. As a consequence, we found a document that showed the identical design being sold by a third party prior to the date that the complainant allegedly created the design. Needless to say, the case was terminated and the California defendant’s success in having the case heard in California proved to be to its ultimate disadvantage. That unexpected turn was not anticipated.

One overriding warning: be honest with your lawyer. Lawyers shake their heads when attending depositions and hear their clients provide information that was withheld or otherwise not offered when suitable questions were asked. Your lawyer can only protect your best interests if he or she knows relevant information in a timely manner.