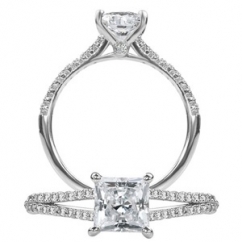 New York, NY—Gathering inspiration from their consumers, bridal designer Ritani is taking the memorable milestones in their lives to the next level—and sharing them with others—as part of its “Ritani Real Moments” advertising campaign.

Beginning February 21, Ritani has launched a contest on its Facebook page, asking fans to submit a photograph of themselves experiencing their very own “Ritani Real Moment.” Photos must be taken during a milestone or memorable moment in which a piece of Ritani jewelry is given or received. Photos can feature anything from Ritani’s fine jewelry collections of engagement rings, wedding bands, anniversary bands, earrings, bracelets, or pendants.

To participate, entrants must first “like” Ritani on Facebook, and become a fan to have a chance at the grand prize: a featured appearance in Ritani’s 2011 national advertising campaign. All photos will be judged on the creativity of the images and how well the sentiment or emotion is visually expressed.

Once a photograph is submitted onto Ritani’s Facebook page, an automatic advertising template will illustrate how it will potentially look in the ad. Contestants must add their own caption, which will help convey the emotion depicted in the image. Multiple winners will be chosen each month to fill each one of Ritani’s national ads, with the first “Ritani Real Moment” ad to premier in the April issues of Glamour and Cosmopolitan magazines. 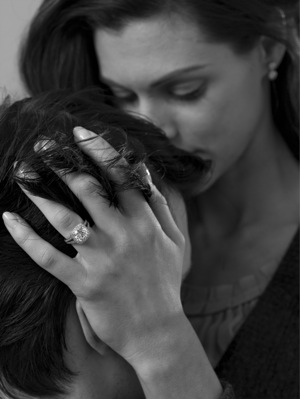 “The ‘Ritani Real Moment’ contest was created as an inspiration from our Facebook fans,” explains Brandee Dallow, the firm’s vice president of marketing and communications.  “So many of our customers have shared with us their personal moments using Ritani jewelry to commemorate. We have seen photos of their engagements, weddings, anniversaries, Valentine’s Day, etc. These people inspire us to continue to create jewelry that can help commemorate those momentous occasions in their lives. We want to share their stories and happiness on a national level.”

Ritani retailers can look forward to the positive impact this campaign will have on their businesses, she adds. In addition to the campaign driving traffic into local retail stores, Ritani will work closely with participating retailers to promote the contest on their own Facebook pages—with an identical contest tab on the retailers’ pages—in addition to the national media campaign supporting the contest.

“The excitement of potentially being featured in a national advertising campaign is sure to woo visitors to visit and ‘like’ our retailers’ sites as well,” says Dallow. Ritani also will promote its retailers in the areas where the winners are chosen, thereby garnering local publicity for the stores.

The “Ritani Real Moment” contest was unveiled during the Centurion Jewelry show, and instantly received strong support from Ritani retailers.

For more information on the “Ritani Real Moments” contest visit Ritani at www.facebook.com/RitaniDesigns.