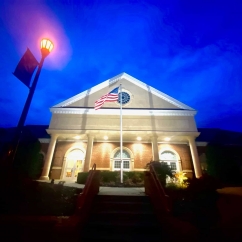 Rockingham, NC--Two Florida men are accused of stealing more than $32,000 in merchandise from a local jewelry store.

A news report stated that officers of the Rockingham Police Department responded to the call around 3:45 a.m. on July 10 after an alarm activated at Ayers Jewelers on Rockingham Road.

Per the report, the police saw a man running from the store and into the vehicle, leading to a short pursuit. After a brief chase, the driver jumped out and ran, only to be immediately apprehended.

“Chief (George) Gillenwater wants to recognize the officers’ speedy response, which led to the apprehension of these two suspects,” RPD said in a Facebook post, according to the report. “We also want to thank the Richmond County Sheriff’s Department and the Hamlet Police Department for their assistance.

The suspects have been booked under a $100,000 secured bond and are scheduled for a hearing on July 28.

More details in the entire report.

Previous article:
Smash-and-Grab Robbers on the Loose After Hitting a Jewelry Store in Fontana’s Cardenas Market