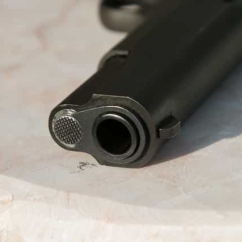 Providence, RI--Shots were reportedly fired on Wickenden Street around 7:15 p.m., damaging a jewelry store that was closed at that time.

[Photo by Somchai Kongkamsri via Pexels]

According to a news report, authorities responded to the scene of the incident and found one window smashed out and the other with a bullet hole in it.

The report added that the investigation blocked a portion of the roadway, leading to traffic detours for at least an hour while the police gathered evidence.

Matt Paddock, of WPRI, tweeted that the witnesses heard many shots and many business owners couldn't believe that something like this could happen at Wickenden Street.

Nobody was reported injured in the incident. However, another shooting had taken place hours before the incident, leaving the only victim injured.

Next article:
Three Persons Charged for Targeting Salespeople on Multiple Incidents in Florida