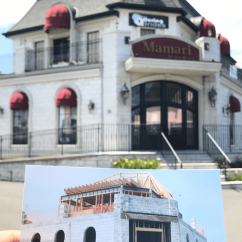 Rockland, NY--From a small booth to a sprawling showroom — it's been 35 solid years for Mamari Jewelers.

As per a local news report, its owner, Usama Mamari, immigrated to the US from Syria with his family when he was young. He opened a jewelry booth outside New York City's Diamond District with his two siblings at 21.

The report adds that Mamari decided to fully invest himself in his work in 1987 when he established Mamari Jewelers at the Spring Valley Flea-Market. Rami Mamari, his son, decided to join his father after his freshman year in college studying business management and entrepreneurship.

The father-son duo has found much success. They now feature over ten designer jewelry and watch brands and have even been featured on Bravo's "The Real housewives of New Jersey."

Mamari Jewelers' slogan: “Making Your Moments More Precious.” Rami Mamari says in the report, "It's not just the jewelry. It’s what it symbolizes. It’s good when a jeweler is busy because that means there’s a lot of happy moments.”