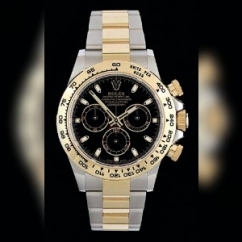 Geneva, Switzerland--In preparation for the upcoming economic downturn, Rolex is increasing prices by approximately 2.5% in the US and UK. This follows the company's decision to raise prices by 3.5% in most markets last January and an additional 5% in the UK in September to offset the declining value of the British pound, as per a report.

Although it is not uncommon for Rolex to announce an annual price increase in January, the luxury watch brand has implemented multiple price hikes over the past year at shorter intervals.

In September and November, Rolex raised the prices of its popular Submariner and Daytona models for a second time in the UK and Europe due to currency fluctuations and the strong US dollar.

According to analysts Richard Taylor and Pallav Mittal at Barclay, as highlighted in the report, price increases are a common occurrence in the attractive [luxury watch] industry — something the investors are accustomed to.

"But it is encouraging to see this continue given that we believe it will have no discernible impact on volumes," the analysts noted.

Here's more in this report.