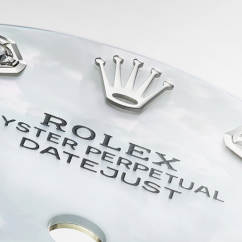 New York, NY--An annual report on the Swiss watch industry has claimed that Rolex sales have reached CHF 8.05 billion in 2021. The report was published by Morgan Stanley in collaboration with LuxeConsult.

It is believed that the CHF 8 billion in wholesale loosely translates to CHF 12 billion in the retail market. This projected amount is without the value added taxes or VAT. According to Watchpro, these numbers portray the company’s market share in the global market for Swiss luxury watches to be around 29% of the total sales in retail. This is definitely good news for the Geneva-based brand.

The report suggests that such a high rise in sales of around CHF 3 billion is because Rolex earned a greater percentage in each sale. While it produced only 5% more watches, and prices rose by 7%, a 5% increase in total revenue was attributed to a change in the product mix leading towards more expensive items. Therefore, a multiplier of all these three led to an increase in sales revenue in spite of the modest increase in prices.

The global market share of Swiss watches has increased by 31.2% over 2020 and by 2.7% over the pre-pandemic 2019, according to the report. The Swiss luxury brands have been facing continued competition from the Japanese, Korean, and American watch and smartwatch makers.

The report also suggested some other market shifts. Cartier overtook Omega by a margin of 0.2 billion and is now second among the Swiss manufacturers’ market shares. Cartier’s growth rate has been around 40%. This illustrated a sample of the general shift from the Swatch Group brands.

Very few brands, according to Watchpro, could not gather sales to recover pre-pandemic levels. TAG Heuer was expected to join the billionaires club as per the projected sales for 2019. Sales dropped during the pandemic to CHF 589, and the 2021 recovery was not more than CHF 682.  Tissot, too, dropped down from the list.

Read more about the report on LuxeConsult.