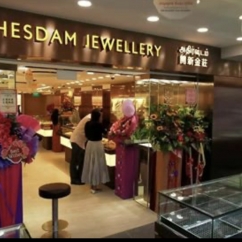 According to a Yahoo News report, Woo Sin Chai, 61, and nine employees of Arthesdam Jewelry claimed the refunds from 2015-2016. Woo, for his part, has paid the fine.

As the business' director, Woo oversaw the electronic Tourist Refund Scheme (eTRS), a system for tourists to claim a GST refund for transacting with GST registered retailers.

Between May 2015 and 2016, Woo assisted give claims about Indian nationals who had not purchased any jewelry.

Singapore's law can convict an individual for making false. GST tourist refund claims and sentences them to a jail term of up to seven years, along with a penalty three times the amount wrongfully claimed.

Next article:
Gittelson Jewelers Finds a New Home in Minneapolis