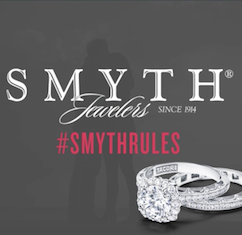 Baltimore, MD—NCIS’s Leroy Jethro Gibbs may have his famous set of 50 rules, but he’s not the only one.

Smyth Jewelers’ latest advertising campaign features 50 “New Rules of Engagement.” Springing from the insight that the entire engagement process has been modernized by Millennials, the campaign acknowledges new trends and etiquette that have become the norm before, during, and after “popping the question.”

The ads feature 50 rules—both do and don’t—of the contemporary engagement journey, from when to share Netflix passwords to the token social media post announcing the proposal. Rooted in humor, wit and real-life scenarios, “New Rules of Engagement” reflects the changes in how Millennials navigate relationships, receive and share information, and how they make purchase decisions. 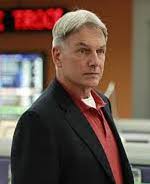 Smyth Jewelers will give Leroy Jethro Gibbs (played by Mark Harmon) a run for his money in the rules game.

“Millennials have spurred a total shift in relationship ‘rules’ across the board, whether it’s spending three months’ salary on an engagement ring or waiting until a couple is married to live together – these rules, among many others, have become outdated,” said Smyth Jewelers’ president Tom Smyth. “This campaign reflects those changes, and speaks to how the proposal process is now a very personal yet public, festive event.”

For example, this video explains why a man should get down on one knee to propose (because getting down on two is begging, not proposing.) The 15-second video is ideal for an audience used to communicating in 150 characters, too. 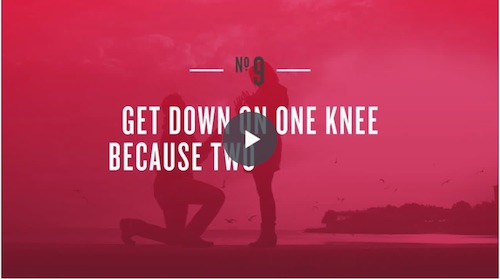 The public also is invited to write their own rules of engagement and some may become “official” Smyth rules. Select bars throughout downtown Baltimore, Ellicott City, and Annapolis, MD, will carry coasters with a blank space that invites patrons to write in their new rules, then snap and upload a photo to social media using the hashtag #SmythRules, for consideration to become an official rule. 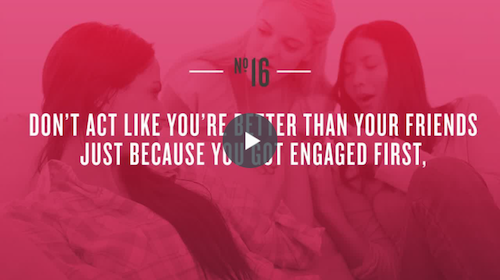 In addition, Smyth will sponsor popular local events and programs, including social sports leagues, and radio station WTMD’s First Thursday concert series at Canton Waterfront Park. The rules will also appear on outdoor advertisements, in-store signage, and on the radio.

“We were eager to roll out this campaign and grab the attention of the generation that is now dictating how engagement rings and jewelry in general is purchased,” said TBC chief creative officer Allan Charles. “Smyth is a 100-year-old, family owned and operated company that is keeping up with retail trends and staying relevant to a demographic that is driven by always-on digital and social engagement.” 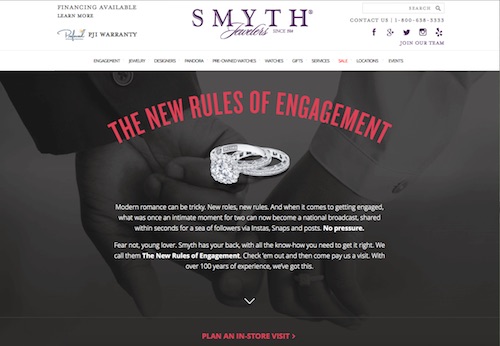