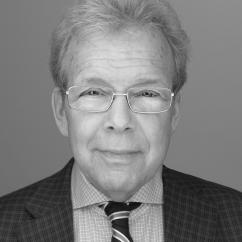 New York, NY--Watch industry veteran, devoted father, husband and friend and mentor to countless individuals, Steven Kaiser, passed away suddenly on May 20. He was 68 years old.

Mr. Kaiser’s illustrious career spanned decades. He worked with Swiss luxury watch brand, Baume & Mercier, for over 16 years, serving as both President and CEO over the course of his tenure.

In 2000, after two years serving as Executive Shareholder of Benedom Inc, he sold his interest to LVMH and launched Kaiser Time Inc., a full-service consulting, business development, executive recruiting and mergers and acquisitions business that drew on Mr. Kaiser’s vast experience and expertise in the Swiss Watch Market. Kaiser Time quickly established a reputation for its ability to shepherd brands, retailers and industry organizations through the nuances of the Swiss timepiece industry, allowing them to meet their goals and reach their highest potential in the marketplace. Kaiser Time partnered with dozens of companies over the years and was considered a go-to organization for anyone wanting to ingratiate themselves into the luxury watch market.

In 2005, with the aid and assistance of his longtime associate and veritable right hand, Diane James, Mr. Kaiser launched Luxury Swiss Watch by JCK, creating a platform for esteemed timepiece brands to exhibit in the U.S. market. After a decade of success, Mr. Kaiser and James joined The COUTURE Show as consultants, where they were instrumental in helping the organization grow their roster of exhibiting luxury timepiece brands. In 2021, Mr. Kaiser and James joined Kennedy Luxury Group, Australia’s finest destination for watches and jewelry with 14 retail locations, where Mr. Kaiser accepted the positions of CEO and U.S. President.

Mr. Kaiser’s commitment to the fine jewelry and watch industry was inexhaustible. He served on the Board of Directors of countless organizations over the course of his career, including Jewelers for Children (JFC), Jewelry Information Center (JIC), Jewelers Vigilance Committee (JVC) and Jewelers Security Alliance (JSA), where he has been serving as Chair since 2019. In March of this year, he received JVC’s Stanley Schechter Lifetime Achievement Award, and in 2007, he received Women’s Jewelry Association’s (WJA) Ben Kaiser Award, an accolade named after Mr. Kaiser’s father.

Steven was married to Vivian for 39 years and they proudly raised two children, Jeff and Emily. He was also prominently known as the proud father of his pet tortoise, Mikey. He was an avid New York Giants fan and when he couldn’t attend their games in person, he was a regular fixture at Blondie’s Sports Bar on the Upper West Side, where he had his own stool.

In lieu of flowers, the family is requesting that donations be made in Steven’s name to Jewelers for Children, an organization that was near and dear to Mr. Kaiser’s heart.

Next article:
Uneek To Unveil A New Contemporary Brand at JCK Luxury