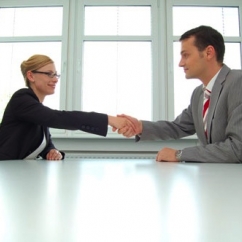 Merrick, NY—In an era where the prevailing business mantra is "do more with less," one area defies the trend: companies who hire an outsider to fill a position almost always pay more and get less than they would have by promoting from within.

Dr. Matthew Bidwell, management professor at the Wharton School of Business at the University of Pennsylvania, researched this topic for more than six years, and, following extensive studies of personnel files, determined that external hires are not only paid an average of 18% more than an internal promotion, but at least for the first two years on the job their performance is lower and their likelihood of leaving much higher than an employee who was promoted from within. Those employees, despite a lower salary, perform much better and have far lower departure rates, either voluntarily or involuntarily.

So why do companies persist in following the external path? Are they unaware of the hidden costs? Are they absolutely certain there’s nobody within current ranks who has the right skills? Or is it merely a case of infatuation with the new kid on the block?

To find out, The Centurion called Dr. Bidwell at Wharton, and asked if this phenomenon holds true for small companies as well as large firms, and if there’s any variance between a luxury business and a non-luxury business. While Bidwell acknowledges his data is from large corporations only and that he hasn’t studied small businesses, he doesn’t see any reason why they should be different.

“Historically, promotion and development haven’t been strengths of small companies. If your supervisor isn’t leaving, there’s nowhere to grow. Large companies have more places to go,” he told The Centurion. But with many large companies now so focused on external candidates, that gap has narrowed, he said.

“The challenge for a small company is how do you provide growth? For some employees, growth may not matter as much but after a while many employees, young people especially, want to know what their next step is.”

Interestingly, Bidwell’s research suggests that skills may not be as portable as either employees or hiring managers think they are, especially in senior positions. And changing industries especially can be a lot harder than people expect.

“At a senior level, companies are looking for a certain base of knowledge, a certain understanding of the economics of the industry,” says Bidwell. And, he says, while a lot of people will talk about the value of a candidate who brings a fresh perspective from another industry, he hasn’t been able to quantify that—and, in fact, can tell lots of stories where it proves not to be nearly as valuable as already knowing the industry.

Even within the same industry, it takes time—as much as two or three years—for a senior executive to become immersed in a company’s culture and get up to speed, he told The Centurion. There’s nothing wrong with hiring them anyway and training them—something companies do too little of, he says—but just accept that it’s going to be some time before they really start producing the results you’re hiring them to do.

Jon Parker of DJP Executive Search, a Virginia Beach, VA firm that specializes in executive recruitment in the jewelry industry, agrees, up to a point.

“For a sales associate, marketing, CFO, or even an operations position, you can easily hire someone from another luxury industry and they’ll be successful. But a sales or general manager at a luxury level store needs to know the craft. They need to come from the [jewelry] business.” But Parker says a good luxury jewelry manager should be up to speed within 90 days if it’s an external hire, and within a month if it’s an internal hire—and he also cautions that for sales associates, making the transition from a non-luxury jewelry environment to a luxury one can potentially be more difficult than, say, coming from a BMW dealership to a jewelry store.

“A non-luxury jewelry store is all about the time-to-numbers ratio (i.e. how much you sell in the time on the floor), whereas luxury jewelry sales are all about the relationship.” The luxury store salesperson also needs to have a passion for jewelry, he advises. Just because they understand a luxury customer, don’t hire them unless their eyes light up when they’re holding or talking about jewelry.

What about the costs of hiring externally? Parker confirms that even within the jewelry industry, the starting salary of an external hire will be anywhere from 15% to 20% higher than an internal promotion; on track with Bidwell’s research showing an 18% spread.

Without doubt, promoting from within does cost less out of pocket. Apart from the lower salary, the jeweler also saves a recruiting fee if they use an outside firm, and the investment of time in finding the new hire. But in the long term, Parker says in some ways it’s a zero-sum game because you’ve already invested time, development, and training into the promoted employee instead of paying more out-of-pocket to hire someone new who may have impressive credentials and can walk in and hit the “on” switch.

There’s also a hidden cost to morale, says Bidwell, which is no different for a luxury company than a non-luxury company, or a small one vs. a large one: if it’s always difficult to get promoted and employees feel like they’re never going to get anywhere, those whose goal is to advance their career will eventually leave.

What costs the most is hiring the wrong person, whether internal or external, says Parker. “Assuming there’s a three-month trial, you’ve got the cost of the employee’s salary (typically around $100,000 to $125,000 per year for a sales manager at a high-end door) for the period. You’ve got your own time invested in helping them get up to speed in that time (calculating your own salary in hourly rates), your time invested in searching and vetting candidates to find the employee, and if they don’t work out, all that process over again, plus the fee for a recruitment or search firm if you use one. And, finally, the cost of lost sales or productivity for the time the employee was there and not performing to expectations.”

Internally, Parker says the biggest mistake jewelers make over and over is promoting their number-one salesperson to sales manager. The kind of personality that makes a star salesperson—“me first,”—is the polar opposite of what makes a good manager. A manager needs to have a servant’s heart, “what can I do to help you,” rather than “it’s my way or the highway,” he says.

“If you’re going to promote from salesperson to sales manager, you want the top turnover person or the top closer, not the top producer. You want the one who asks how everyone’s weekend was—and really cares about the answer—and who is working first for the team rather than their own sales book.”

What about departments where promotion seems inherently limited? If possible, add a promotional track that isn’t tied to management, says Bidwell. For example, he cites technology companies where employees who are outstanding scientists perceive the only way to get ahead is to move into management—which may or may not be suited to their skills. But some of the more successful companies he’s studied have built tracks for engineers to advance without becoming managers. Jewelers, especially at the luxury level, can emulate that idea in areas like custom design and repair or restoration where there’s a high level of skill needed and relatively few candidates who have it.

Finally, what can jewelers do to ensure that good employees don’t become the outside candidate that gets hired for 18% more somewhere else?

For one thing, don’t be cheap with pay, says Parker. While people stay in a job because of the environment and money is rarely the top motivator that keeps employees happy, you still have to offer them a decent, competitive salary, he says. If they’re underpaid—which isn’t hard to find out with the multitude of salary surveys available online—they won’t be happy or loyal.

“A good recruiter goes after someone who isn’t looking for a job, but if you ask enough questions, you can find the chink in the armor,” he says.