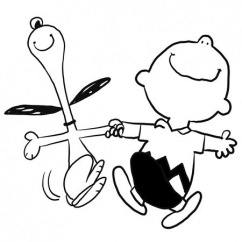 Merrick, NY—Luxury jewelers across the country should be smiling and satisfied as the holiday season concludes. For a majority of respondents to The Centurion’s weekly spot-check holiday sales survey, the 2017 holiday season was solid and, for some, spectacular.

Not all jewelers were rejoicing, however. 35% of respondents experienced a “Bah! Humbug!” season with declines ranging from slight (13% of respondents) to significant (16% of respondents). Those respondents cited a variety of reasons for the declines, not least of which were those in areas where the fall’s devastating natural disasters occurred. Other respondents cited specific events last year, such as individual big sales or a renovation sale storewide, that pushed last year’s results up significantly and were not repeated this year. But with almost half of the jewelers who reported sales declines located in the Midwest, it’s a micro-trend that bears watching: was this an anomaly or is it another indicator of a greater coastal/heartland economic and cultural divide in the country?

It was a good season overall for luxury jewelers. The majority had strong results:

Of those, not surprisingly, the majority were diamonds of some kind, whether engagement rings, stud earrings or a fancy-color diamond. 17% reported their best sales were sapphire and diamond pieces (one was a color-change sapphire) and two respondents cited specific designer pieces (Charles Krypell and Alex Sepkus).

Among best-selling brands for jewelers this season, there were no surprises: Rolex, David Yurman, and Roberto Coin topped the list. Breitling and TAG Heuer also were favored watch brands. Designer silver by Frederic Duclos, Lagos, and Tom Kruskal were popular with some respondents, and affordable fashion lines like Gabriel & Co. and Frieda Rothman were cited by a few. The one trend of note was the relative absence of Pandora among the top-selling brands: only one respondent named it among the top three best-selling products for the season.

Respondents were divided as to the timing of the season. 17% reported a stronger early season than late season, and of those, 60% said sales dropped way off in the last few days before Christmas. 10% said sales remained steady throughout; there were no early or late rushes. And 6% said they had their usual last-minute rush.

Respondents also were divided about the kind of customers they saw. The majority (48%) still said their business mostly came from longtime good customers, but 42% said they had more new customers than ever. And 24% saw former customers come back after a few years. Boomers still edge out Millennials as the main demographic for Centurion respondents, and a lucky 30% said all of those groups came to shop.

Here is a sampling of factors jewelers said impacted their total year results for 2017:

Previous article:
The Centurion Video Series: How To Evaluate Your Team

Next article:
The Year In Review: The Jewelry Industry’s Best And Worst News Of 2017