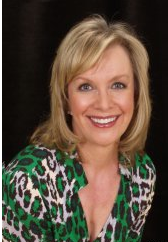 This is the second in a periodic series examining where the luxury market is headed in both the immediate and the long-term future, and what jewelers can do to remain relevant.

It’s not “value” in the Walmart sense of the word, says Pamela Danziger, founder and CEO of Unity Marketing, a luxury market research firm based in Stevens, PA. It’s “value” as renowned financier Warren Buffett says, “Price is what you pay. Value is what you get.”

Danziger’s latest book, Putting the Luxe Back in Luxury, released earlier this year, details how the post-recessionary luxury market in the United States differs significantly from the pre-recession boom. Today’s luxury consumer is willing to spend—if they feel that what they get is worth it. But they’re no longer willing to pay outré prices just for luxury’s sake, even if they can afford it.

In an exclusive interview with The Centurion, Danziger explains why, despite recent leaps in luxury sales reports, we’re not out of the woods yet. For starters, the sales increases reported by global luxury brands are largely being driven by Asia, not the United States. And she says the recent recession was merely the tipping point in a demographically driven shift that was going to happen to the U.S. luxury market regardless. But smart marketers can both succeed and thrive through a “luxury drought” she predicts won’t be over until about 2020.

How so? By understanding what drives the new, vs. the old, luxury shopper, and working a “good, better, best” strategy tailored to match the market.

The Centurion: We’ve been hearing that luxury is back, and certainly upscale jewelers are experiencing it. Yet you’re not convinced that luxury really is back. What’s going on here?

Pamela Danziger: The economic term is pent-up demand. It’s a phenomenon we see coming out of every recession. Our data—and we survey about 1200 luxury consumers regularly—shows much pent-up demand that’s been released.

TC: So what happens when the immediate demand is satisfied?

PD: The recession, inflation, aging demographics, and a more frugal and price-sensitive customer are redefining the way that luxury brands and merchants to the high-end customer must approach the marketplace.

PD: There really are two separate groups of consumers in the luxury market: those with incomes over $250,000 and those below [starting at $100,000]. The ultra-affluent with incomes above $250,000—and most of that group is far above—spends a disproportionate amount on luxury but it is a very small segment (the top 2%), and they’re very hard to reach. The majority of affluents are the “HENRY”s: High Earners, Not Rich Yet. There are 10 HENRYs to one ultra-affluent.

The average HENRY income is $170,000. That buys a very comfortable lifestyle in most parts of the country—but it’s still not someone who can afford a $10,000 Patek Philippe watch. During the boom when everyone’s home values and 401k’s were rocketing, people felt they could afford the $10,000 watch, but now they’re back to spending what they really earn, not what’s on paper. 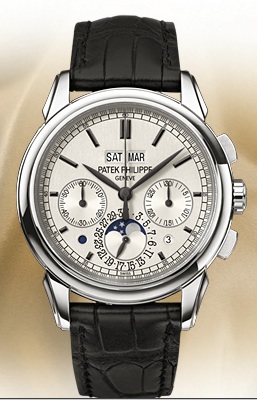 Can a HENRY customer afford this watch?

TC: So is the return to luxury we’re experiencing now really sustainable?

PD: Well, for one thing, luxury consumers—as has everyone—emerged from the recession a few years older, and priorities change as we age. Three distinct generational cohorts have moved or are moving through the age window of affluence. Baby Boomers still matter a great deal to luxury marketers—most are actually still in their peak money years, so don’t write them off yet—but they’re at the mature end of the age window of affluence and shifting toward experiential luxuries rather than another designer handbag. Young affluents, meanwhile, have a hearty appetite for luxury.

PD: Yes, but the Millennials haven’t moved into the prime age window of affluence yet. They will, beginning around 2020, and chances are they will enter into affluence at a younger age than previous generations, plus they already outspend for luxury compared to previous generations. But luxury brands will have to work hard to keep themselves relevant. Consumer markets expert Peter Francese says if it’s a brand that appeals to aging Boomers, chances are slim it will appeal to younger generations.

TC: But isn’t luxury still about outstanding craftsmanship, rarity, and quality? It’s something that will last a lifetime and beyond. Isn’t that how luxury marketers have justified their prices and why luxury consumers are willing to pay those prices?

PD: Yes, and a percentage of luxury consumers still do insist on the very best. But in my research, more now say they’re equally satisfied with the premium-priced “better” product. They don’t see the value of the price leap to the “best” product. 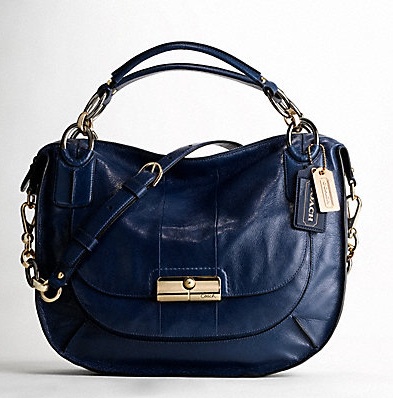 Danziger cites Coach as a successful example of meeting the needs of the modern luxury market. It employs a "good, better, best" strategy, having recently introduced a lower-priced entry line called Poppy for the "good" customer. Its Kristin bag, pictured here, sells for $798 and is in the "better" range, while its Reed Krakoff signature line, named after its designer and president, is its "best" category.

TC: What is the breakdown of “good, better, best” shoppers?

PD: In my recent research among affluent consumers, 21% of respondents said they aim for the best of the best. Likewise, about 26% buy mostly at the “good” level, scaling back on some purchases in order to trade up in others. 15% say luxury is not part of their lifestyle even though they can afford it. But the largest percent, 38%, say that the majority of their purchases—things or experiences—are better than average but they save top of the line purchases for only a few special things that really matter to them.

TC: So jewelers heading off to the shows next week should focus on the “better” category?

PD: I don’t know; I’m not a jeweler or a merchant. But maybe I would slice and dice my business in new ways, look at sales results from the view of the customer, and see if there are real opportunity areas that are missing. And I certainly would look at the different categories in a store with an eye toward what’s good, better, best within those categories.

TC: In your book, you talk about luxury needing to have a personal meaning to the consumer. Jewelry certainly has that as an emotional gift of love.

PD: For some people it is. But for others, it makes no sense to spend so much money on something they don’t really need. Of the five groups I discuss, the best targets are the Aspirers or the Xtreme Affluents, but Cocooners would rather spend for the home, the Butterflies might be occasional jewelry customers but are more frequently experiential customers, and the Temperate Pragmatist—a new affluent consumer that has evolved since the recession—is like the proverbial “Millionaire Next Door,” who drives a middle-class car, wears middle-class clothes, and shops in middle-class stores.

Too often we can’t look at our business objectively. We look at the way it’s always been, or the way we want it to be, vs. the way it is. We need to challenge ourselves constantly because the world is changing. Don’t shoot the messenger. People want to be optimistic, but it’s better for their business if they are realistic. Don’t look at the market as it used to be—or how you want it to be—look at how it is and build your strategies around it.