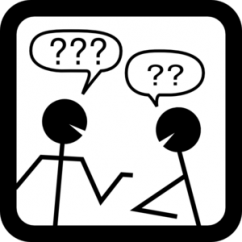 Scottsdale, AZ—One of the toughest questions many jewelers will face is “What will become of my business if I’m not in it?”

Since options to exit a jewelry business are relatively limited, owners need to think about this question before it’s urgent, say experts. At the recent Centurion Scottsdale show, three consultants in generational transitions offered some clarity to jewelers beginning to ponder that very question.

The answer, however, varies. “It depends on what the desire of the owners is,” says Bill Boyajian of CA-based Bill Boyajian & Associates. In the case of storeowners with children, he always begins by asking the parents what will make them happy.

“Some owners really want to get out, and they’re so frustrated with their kids they didn’t know what to do.” In one case, he talked the jewelers into not retiring at that moment because they couldn’t afford to, but in another case, the father got cold feet when Boyajian posed the idea of a retirement sale to let the son take over.

“When you challenge them with certain things, the father really wanted to leave a legacy. He spent 30 years building the business, he has a good reputation in the community, he’s a good appraiser, and he found what makes him happy the hard way.” In that store’s case, Boyajian suggested the son transition in and take over more and more of the business to gradually ease the father’s retirement worries.

“It’s up to the retailer. There’s no right or wrong way,” said Ira Bergman. “If you have a business you’re passing along to the kids, the most difficult question is, ‘can my kid run the business?’ It’s a hard question to ask ourselves.” Sometimes, he added, parents have make a tough choice when one child is not as qualified as a sibling to run the business.

Often, clients will suggest they run the business together with the kid and make it 50/50 ownership. “That’s ok, but impossible to make a decision. It’s better to go 51/49 so someone ultimately has the final say to make a decision,” he advised.

When there are no kids to take over, however, the options are narrower. Ira Bergman of The Gordon Co. described two recent sales his Florida-based company did in which the stores were sold to an employee because there was no family to pass it to. Selling a business to a longtime employee that loves it is the most preferred scenario for jewelers who don’t have children (or whose children don’t want the business), but the biggest stumbling block is finances.

“The big thing is how the employee gets funds to take over the business and still fund the retiring couple,” says Bergman. Both the stores he described held retirement sales, generating enough money for the retiring couples to exit. It also helped pare down a lot—though not all—of the store’s dated inventory. (Read more here about the huge problem of dated inventory in store transitions.)

“The employee basically was buying the store’s goodwill and fixtures but not inventory. That would put them into a position they could never could get out of,” said Bergman.

Dan Pharr of Virginia-based Pharr Valuation, says regardless of whether a jeweler decides to turn over to a child or sell to an employee, it’s important that they stay there long enough to transition the business—and its good or repeat clients—over to the new leaders.

“The business will do better if there’s a transition than if you hand over the keys and say ‘good luck.’ Having a transition where you make customers comfortable with who’s taking over does much better.”

So what’s the difference between a retirement sale and a going-out-of-business sale? Not much, says Bergman.

“Psychologically, the public reacts to a going-out-of-business sale by assuming you’ll give it away because you want to get rid of it. A retirement sale is close behind it. The public believes you’re going to make those prices attractive.” But it’s not more than about a 15% difference between the two kinds of sales, he said.

Boyajian also addressed the need for honesty if you’re going to work with a consultant to transition a business. He detailed one business where the parents, jewelry manufacturers, are age 70 and 71 and still doing 20 trade shows a year. They have one son, age 41, in the business, but who is not capable of taking it over. He even still lives at home.

“No wonder he’s not capable of taking over!” says Boyajian. “I asked, ‘Why they are letting a 41-year-old live at home?’” As a consultant, he says, when someone lets you into their life, you have to get into their life. Every situation is different, and some are downright tragic.

Retiring couples also need to be honest with each other, he emphasizes. “Husbands often don’t want you to talk to their wife. I tell them I need to because she’s your wife and business partner, and women often have intuition men don’t.  Wise is the husband who listens to his wife!”

Previous article:
Remember to Get Your Daily Fix of ‘The Buzz,’ What The Centurion Community Is Talking About Today

Next article:
How To Do A Retail Business Health Check