Scottsdale, AZ—Facebook is almost a de rigueur element of marketing, but the rules of using social media successfully change almost week to week.

Randi Zuckerberg, founder and CEO of R to Z Media, and sister of Facebook founder Mark Zuckerberg, was the second keynote speaker for the 2012 Centurion Jewelry Show held here this week. She joked about how she drove the Centurion audio-visual team crazy every day leading up to her presentation—because social media trends change that fast.

“These are the top 10 trends in social media today,” she began, emphasizing “today.”

1. Give people a reason to like your [Facebook] page. The era of easy “likes” is over, and people are far more stingy with their “likes.” Liking a page is like giving it your own personal celebrity endorsement, she said, so businesses really have to earn the like. Pages she cited as good examples to study are MarLa Studio, which did a cross promotion with another company to generate higher “likes” for each. Zuckerberg liked MarLa’s daily photo album, “What Jewelry I Wore Today.” 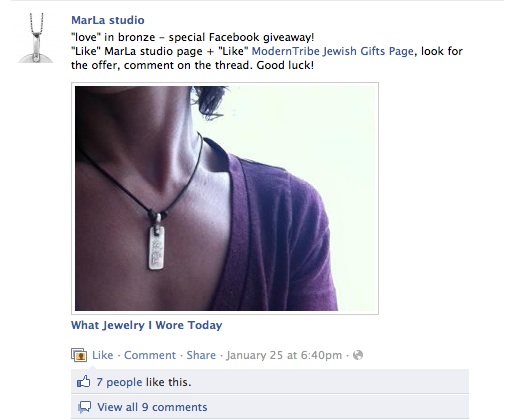 She also used as an example Facebook’s own daily menu page. The company provides a gourmet lunch for its employees every day, and the menu is posted on its own page around 11 a.m. “so people can decide early if they need to be first in line at noon,” said Zuckerberg. But what is most notable is not the fact that Facebook feeds its employees, but rather the fact that it only has 3,000 employees but the menu page has 25,000 fans. 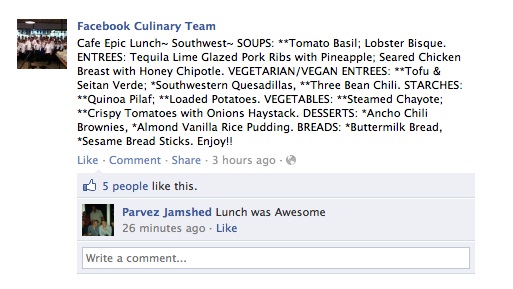 “Yes, there are 25,000 people out there who follow what Facebook feeds its people for lunch!” she said. She also reminded jewelers they can post to multiple social media sites by using Tumblr. (Note: The Centurion’s exclusive digital marketing primer, written by expert Jeffrey Arnold, gives step-by-step instructions for doing so. Click here to read that chapter.)

2. Social media will drive the loyalty programs of the future. She suggested jewelers look at Stella & Dot’s page, which offered a $150 gift card to its 150,000th fan. It also offers fans private web sessions with its founder and CEO, and incorporates fan photos into its profile pictures. Similarly, the flash sale site Gilt offers its Facebook fans a one-hour preview to its daily sales, so they can be first in line to snap up the goods they want.

3. Give your brand a human face. People want to know where the jewelry piece came from, want to hear the designer’s perspective, et cetera. She cited jewelry designer Rachel Stewart as an example—after losing her job, Stewart decided to turn her jewelry-making hobby into a career, and she is the face of her own campaign. 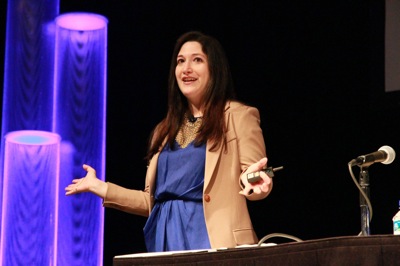 Randi Zuckerberg, founder and CEO of R to Z Media, is the sister of Facebook founder Mark Zuckerberg. She worked at Facebook from its founding until she left to form her own consultancy.

4. Use social media as the new customer service channel. “The old rule used to be that if someone didn’t like you, they’d tell 16 people,” said Zuckerberg. “But we live in a society where every single person has a megaphone.” Use your social media both to fix negative impressions and amplify positive ones. Gemvara, for example, asked a gushingly happy customer to film a short testimonial video for the site—and they sent her a free flip cam to record it. Zuckerberg said the cost of the videocam—maybe $200—was more than worth the positive publicity the woman’s video generated. On the flip side, she pointed to Nordstrom as an outstanding example of how to manage negative comments.

5. Use the Facebook analysis tool to tailor your messages. This tool tracks keywords, and can find out what people are saying about you and your competitors. It also helps you cater to both a global and a local audience. As an example, she typed in “Phoenix, AZ, and “people who recently updated their profile to ‘engaged.’”  Immediately the screen showed there were 25,000-30,000 possible places to target an ad. (For detailed “how-to” instructions on using Facebook effectively and using other web analytics tools, click the links to these installments of Jeff Arnold’s Digital Marketing Series.)

6. Encourage crowd-sourcing. People are more likely to buy if you have what they already want, and social media can help ensure your merchandise meets the wants of your current and potential customers. For example, some merchants use Facebook to gather input from customers before traveling to a trade show, and film makers can use social media to kick-start a new movie: if it gets a certain number of likes, it progesses to premiere, then if it gets more likes, to DVD release, and so forth.

7. Become a visual curator. Pinterest is a site that allows you to create your own design inspiration board. People with tastes similar to yours can learn and share with you, and you will find others’ boards educational as well.

8. Interact in real time. Home Shopping Network, for example, used a live feed on Facebook for a Cyber Monday promotion, which resulted in a 40% increase in visitors to the site and a total sellout of merchandise—its biggest sales day since its page launch.

9.  Join the mobile revolution. Everything is going mobile, says Zuckerberg. She showed the Tiffany Instagram as an example of a mobile campaign done very well.

10. Consider charity. Consumers are highly conscious of doing good with their money and they’re more likely to buy if there’s a charity tie-in. Consider partnering with a charitable organization, perhaps by creating a benefit piece or donating a portion of sales, she said. She showed an example of the PSI quartz bracelet by Loving Eco.

“All these ideas cost less than $10.” said Zuckerberg. “If airlines and banks can do it well, surely so can jewelers!” 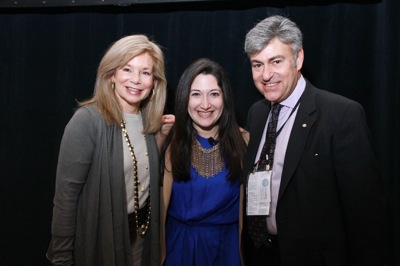 “When my staff first said we should be on Facebook, I said no. But I’m glad we did,” said Russell. In fact, she’s now hired a community manager to handle it. Social media used to be part of her marketing department but she realized it needed a dedicated person to pay attention to it.

All three jewelers answered questions and shared their experience with the audience. Daniel Gordon fielded a question about the importance of a blog, to which he replied it services two purposes: one, to answer consumer questions (which he does by using the topic as a basis for a post), and ensuring his store comes up higher on Google search. Adams said she gets her entire staff involved in the posting—even some of her longtime staffers who don’t even own computers themselves get involved by suggesting topics for posts. Rafferty said she posts content from all over, not just a steady stream of jewelry or product. She’s shared some of Gordon’s posts with her customers, and she puts up everything from favorite recipes of the staff to New York Times’ article on actress Rooney Mara; basically, anything she thinks might be of interest to her customers.

Gordon agreed. “We in the industry aren’t just jewelers, we’re like concierges. We should know the best restaurants, the best hotels, etc.”

“You can’t use Facebook like traditional media,” said Gordon. “Use it on a personal level and people connect with it. For example, a woman from Austin tweeted about what kind of wedding band would go with her engagement ring. Gordon picked it up, and began a conversation that went offline, then he sent a selection of rings for her to choose from and she bought one from him.

Zuckerberg and the panel agreed the best time for posting is around noon, on Saturdays, and just before 11 p.m. East coast time.

Previous article:
HOW TO DEAL WITH THE CUSTOMER WHO IS ALWAYS RIGHT—EVEN WHEN THEY’RE NOT