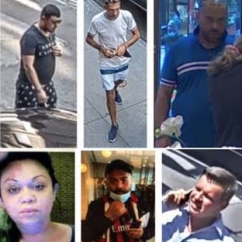 Members of the group steal credit cards from lockers at fitness centers, and then use the stolen cards to make unauthorized purchases at high-end retail stores, including jewelry stores.

If you have information or come into contact with these individuals, contact Detective Edrian Irizarry of the NYPD Financial Crimes Task Force at (718) 533-2060, or JSA at (212) 687-0328 or jsa2@jewelerssecurity.org. 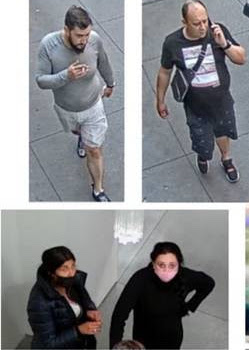 Separately, an exhibitor at a June 19 jewelry show at the Metropolitan Pavilion Show momentarily left merchandise unattended while loading her car to leave the event. The three suspects pictured below top watched the exhibitor when she was leaving at 7:00 p.m. and loading her car. For a brief moment when the car was unlocked and unattended, a male member of the theft crew removed a duffel bag containing a large quantity of jewelry from the back seat of the victim’s car. 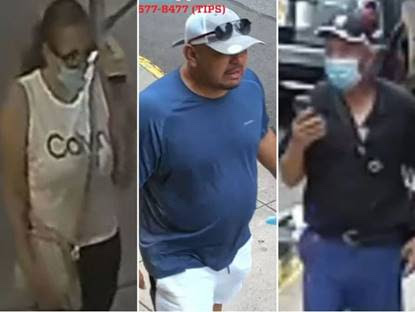 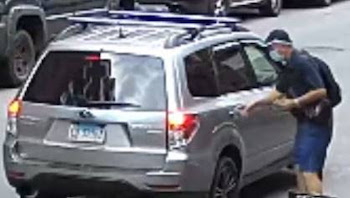 JSA Reminds Exhibitors of Any Jewelry Show or Trunk Show: