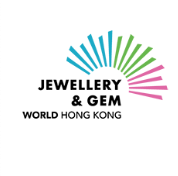 Hong Kong—New dates have been set for two of three Hong Kong jewelry shows, due to ongoing concerns around the coronavirus pandemic. One show is currently still going on as planned.

Two events organized by Informa Markets, Jewellery & Gem WORLD Hong Kong (JGW) and Jewellery & Gem Asia, have been postponed. JGW, previously known as the September Hong Kong Jewellery & Gem Fair, has been rescheduled for November 9 –13 at the AsiaWorld-Expo (AWE). It was originally slated to be held September 13-17. Informa says the move is a one-time response to the COVID pandemic and the event will return to its normal September timeframe next year.

Jewellery & Gem ASIA Hong Kong (JGA), meanwhile, will hold its next edition in June 2021. This year’s fair, originally slated for June 2020, was originally postponed but now will not be held until next year.

At press time, the website for the Hong Kong Watch & Clock Fair, the original fair put on by the Hong Kong Trade Development Council (HKTDC), was still listed as being scheduled for September 1-5 at the Hong Kong Convention & Exhibition Centre.

Next article:
Don’t Do This At Home! HGTV Stars Wearing Jewelry During Demo