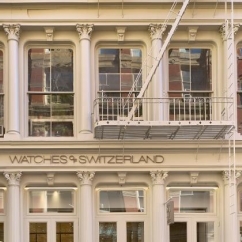 London, United Kingdom--Watches of Switzerland is reinforcing its senior management team and promoting David Hurley to president North America and deputy chief officer of the group, according to a news report.

Hurley currently serves as executive vice president, U.S. He works alongside the company's CEO Brian Duffy. The move comes at a time when the U.S. is the group's fastest-moving market, achieving growth of more than 40 percent, according to the news report.

The group also announced the promotion of Craig Bolton to president, Watches of Switzerland Group, U.K., and Europe.

Chabi Nouri, the former CEO of Piaget, will join the board as an independent non-executive director and a member of the company's ESG committee, the report highlighted.

As per the report, Duffy said that the group's management structure "continues to develop in response to, and in anticipation of, our business development. I look forward to working with David and Craig as we continue to execute our long-range plan."

Read more on the new appointments in the original news report.

Next article:
Fana Jewelry Leases Space in SoHo for Its First Retail Store