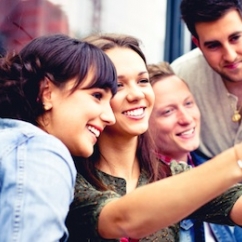 New York, NY—So you think you know the Millennials? You know they’re wired, connected, and not (quite) as narcissistic as they’re made out to be. You also know they’re socially conscious bargain hunters who won’t pay a dime more than they have to.

But did you also know they’re likely be volunteers, caregivers, unmarried, and concerned about their health?

The Nielsen Report Millennials: Breaking the Myths debunks some of the most common myths about Millennials and offers insight into the generation that is going to be the future for retailers. Here are some of the key findings:

Diversity. High birth rates swelled the Boomers to epic proportions but the equally large Millennial generation expanded through immigration as well as birth, making them the most racially and ethnically diverse generation of Americans. 26% are either first- or second-generation Americans with strong ties to their ethnic culture.

Median income is low: $25,000 for younger Millennials and $48,000 for older Millennials. They are more educated than any previous cohort—almost ¼ have a bachelor’s degree or higher—but with that comes massive student debt.

Optimistic. Their entrepreneurial spirit and optimistic attitude bodes well for future success, even if it’s not evident now. Indeed, some Millennials already have hit it big with entrepreneurial ventures, and even though 69% don’t feel they earn enough now to have the lifestyle they want, 88% think they will in the future.

Urban. Millennials who aren’t still living with Mom and Dad are drawn to cities with a vibrant, creative energy, and housing, shopping, and offices all in walking distance. It’s the first modern generation of Americans that isn’t collectively enamored with the automobile or the proverbial white picket fence.

Thrifty. With their small paychecks, Millennials are the ultimate deal-hunters. But they put a premium on quality and authentic, handmade, locally produced goods, and they’re willing to pay more for products from companies with social impact programs. They want to feel good about what they buy.

We’re not all broke! Despite the grim statistics about current earnings and unemployment, more Millennials than Gen-Xers have assets of $2 million or more. 14.7% of those with assets of $2 million or more are Millennial, on par with Boomers. Roughly 8% have their own businesses; also on par with older generations. Many belong to the “creative class;” artists, intellectuals, and knowledge workers whose efforts will help drive economic growth.

Luxury consumers. Separately, Pam Danziger of Unity Marketing in Stevens, PA also points out that Millennials who grew up in affluent households where luxury products were purchased are likely to buy luxury as their income permits. Certainly, the generation is well aware of luxury brands, even if they haven’t yet purchased any.

Wired advocates. Of course, technology defines Millennials, who think sleeping with their mobile phones is perfectly normal. When interacting with companies via social media, they value authenticity and want to feel like they have a personal, direct interaction with the brand. In return, they’ll advocate and endorse that brand.

Unmarried. Millennials are marrying at about half the rate of Boomers. 21% of Millennials vs. 42% of Boomers at the same age are living the traditional married dream. But they’re not loners: 36% of Millennial women have had children and about 20% of same-sex couples are Millennial age. (National Jeweler recently addressed this trend.) It also presents opportunity for building a self-purchase clientele—and lack of marriage doesn’t mean lack of emotion. Unmarried couples still have birthdays, milestone events, and babies. The traditional nuclear family may be declining but the notion of family is more important than ever.

Caring. Though perceived as self-absorbed, this generation is more caring than their predecessors. Only 1% of the “selfie” generation actually thinks being famous is important. Conversely, 52% say being a good parent is, and 63% feel responsibility to care for an elderly parent, compared with 55% of Boomers. (This is partly due to the ethnic diversity of the generation, as both Hispanic and Asian cultural expectations are that elderly family members will be cared for by the younger.)

Despite low paychecks, ¾ of Millennials gave to a non-profit in 2011. Gifts were within their means, typically less than $100, and even though they can’t make large donations, they contribute in other ways. 71% raised money on behalf of a non-profit, and 57% did volunteer work in the previous year—more than any other generation.

Education, poverty and the environment are the causes they care about most, and they evangelize these causes. Millennials are more likely than their older counterparts to spend more for goods and services from companies that give back to society, and this willingness has risen over the past two years. Over 60% also are willing to pay more for a product if it’s good for the environment.

Miserable but happy. It’s not a contradiction in terms. Using the Bureau of Labor Statistics’ Misery Index (a means for evaluating the economic well-being of the country and various subgroups, calculated using a combination of the unemployment rate and the inflation rate), young Millennials have been hit particularly hard by poor economic conditions and have a higher Misery Index than the older population. But 41% feel satisfied with the way things are going in the country, compared to 23% of Boomers. A whopping 69% of Millennials are happy with their local communities.

Art and music matter. Not surprisingly, Millennials outnumber other generations in downloading music, and more than half will try a brand or product if they sponsor an event for a music artist they like. They also love art in all its forms, including on their own bodies.

Uninsured but concerned about health. A high percentage of Millennials remain uninsured, even after the Affordable Care Act went into effect. Cost is still the reason, making them more likely than other groups to visit free clinics. Although young, they do worry about good health.

Back to the future. Coming of age during the Great Recession imprinted Millennials in ways similar to their Depression-era grandparents: they’re more austere, more money-conscious, more resourceful, and wary of investing in the stock market. “New” behavior such as repurposing and recycling mirrors behavior common in the Depression. They may not clip coupons but the top 20 shopping apps they use are discount-focused.

Next article:
Holiday Spending Predicted To Rise 8%; How Much Will America’s Retailers Spend On Social Media?