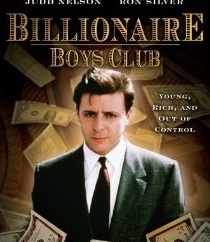 Merrick, NY—In 1995, authors Thomas Stanley and William Danko penned The Millionaire Next Door: The Surprising Secrets of America’s Wealthy. Their findings busted the common myth that millionaires all act like Thurston Howell III, the pompous dilettante of Gilligan’s Island fame. Instead, Stanley and Danko’s research showed that most American millionaires not only are self-made and hardworking, but also modest and not given to conspicuous consumption. They’re likely to literally live next door—and you’d never know they were millionaires unless you actually got a glimpse at their bank account.

But is there such a thing as the billionaire—with a b—next door? Yes, if you live in the cities they’re most likely to be. With some notable exceptions—Warren Buffett’s Omaha, NE home being one—the 2014 Wealth-X/UBS Billionaire Census finds that billionaires do tend to congregate in the world’s largest cities, and that cities matter more to them than countries. They’re multinational citizens of the world.

95% of all billionaires in the world have a net worth between $1 and $10 million (in U.S. dollars). The combined wealth of the world’s billionaire population is $7.3 trillion—higher than the market capitalization of all the companies that make up the Dow Jones Industrial Average.

The average age of a billionaire is 63, having spent approximately 45 years in building their wealth to that level. Many now are focusing their shift from wealth accumulation to wealth preservation, along with the beginnings of wealth transfer to the next generation. The current crop of billionaires is largely self-made but the next generation (recipients of the wealth transfer) will see a greater blend of inherited and self-made wealth.

65% of billionaires are college graduates—which means a surprising 35% are not. The University of Pennsylvania in Philadelphia, PA has graduated more billionaires (25) than any other educational institution in the world. Harvard (22) and Yale (20) come in second and third, respectively. Of the top 20 schools for graduating billionaires, 16 are American; the highest-ranking foreign university is University of Mumbai, which comes in ninth with 12 undergraduate alumni who are billionaires. The London School of Economics and Political Science is number 10, Lomonosov Moscow State University is number 11, and ETH Zurich is number 20.

Wealth-X predicts the global billionaire population will surpass 3,800 by 2020. Much of this growth is likely to come from the technology sector or other industries not yet highly represented among today’s billionaires, who more likely made their money in banking and finance.

Click here to watch a capsule video overview of the world’s billionaire market, by UBS/Wealth-X.

Next article:
Exclusive! Have 25 Minutes? Doug Gollan Has 23 Ways To Help You Increase Sales Opportunities