Washington, DC—Last week’s Supreme Court ruling that allows states to collect sales tax on e-commerce purchases even if the seller has no physical presence in the state was a celebratory moment for independent retailers, including jewelers. The ruling overturned a 1992 precedent set by Quill v. North Dakota, handed down at a time when fewer than 2% of Americans shopped online.

Now that online shopping is growing exponentially, jewelers and other brick-and-mortar merchants have been fighting for years to get sales tax fairness. But without some kind of additional rulings by Congress to provide uniform guidelines across the nation, the ruling might be the law of unintended consequences for small retailers. 45 U.S. states have sales taxes, all different, and retailers will be responsible for sorting out those various taxes for each online sale.

With uniform guidelines in place, no doubt the law will be beneficial. Matthew Shay, president and CEO of the National Retail Federation, said, “Retailers have been waiting for this day for more than two decades. The retail industry is changing, and the Supreme Court has acted correctly in recognizing that it’s time for outdated sales tax policies to change as well. This ruling clears the way for a fair and level playing field where all retailers compete under the same sales tax rules whether they sell merchandise online, in-store or both.”

“This historic decision from the Court in support of sales tax fairness is a major victory for the jewelry industry, providing a clear path to level the playing field between traditional and online retailers,” says David J. Bonaparte, president and CEO of Jewelers of America, which has been a longtime proponent of sales tax fairness, advocating on the jewelry industry’s behalf in support of efforts to enact legislation on federal and state levels for decades.” 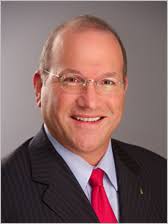 David Bonaparte, president and CEO of Jewelers of America

Independent retailers have complained that having to charge sales tax puts them at a disadvantage against online competitors that don’t. The decision, South Dakota v. Wayfair Inc. et al, served up a victory for them, and for states complaining that they’re missing out on billions of dollars in missed sales tax revenue. South Dakota state officials sued three large online retailers—Wayfair.com, Overstock.com, and Newegg.com, for violations of its law requiring all online merchants to collect 4.5% sales tax if they had either more than $100,000 in annual sales or more than 200 annual transactions in the state. Justices for the majority included Anthony Kennedy, Clarence Thomas, Ruth Bader Ginsburg, Samuel Alito Jr., and Neil Gorsuch; dissenting justices were chief justice John G. Roberts Jr., Stephen G. Breyer, Sonia Sotomayor, and Elena Kagan.

JA supported South Dakota’s petition and arguments to the Court, signing on with other retail organizations to file legal briefs last October and again in March. In October, JA members were featured prominently in an amicus brief—filed with nine other retail trade associations—in support of South Dakota’s petition. They shared stories and information on how the practice of “showrooming” (visiting a store to examine a product before buying it online at a lower price or without sales tax) has negatively impacted jewelry businesses. Then in March, JA joined an omnibus brief, spearheaded by the Retail Litigation Center, that addressed the outsized negative impact that the Quill decision has had on brick-and-mortar retailers.

Hidden costs. Absent a universal national framework for tax collection, the amount of time and effort required to comply with a patchwork of sales tax rules and regulations across the United States may prove costly to jewelers and other small retailers.

Little will change for major retailers. All the top 20 online retailers already pay sales taxes throughout the country, as do brick-and-mortar retailers with presences in most states, says Carl Engelking of Northwestern Mutual Life Insurance Company. Furthermore, those large retailers have entire departments to handle the complexities of collecting and paying taxes to the different state and local taxing authorities. But small retailers with a strong e-commerce presence might not be equipped to handle sales tax logistics, he says.

“There are millions of small businesses in the United States, most with fewer than 20 employees. The U.S. Business Administration in 2017 found that the average small business spends at least $12,000 every year on regulations,” he said. “Those business owners surveyed ranked tax-related laws as their top regulatory burden, and if taxing authorities each pass their own regulations, that burden could significantly multiply.”

Now that state governments have the authority to collect e-commerce sales tax, expect them to want to tap into this expanded revenue source as quickly as possible. Max Behlke, director of budget and tax policy for the National Conference of State Legislatures, told The Wall Street Journal it might even be as soon as 60 days.

Will it be costly enough to deter small retailers from e-commerce altogether?

That’s where the U.S. Congress has to step up, says JA’s Bonaparte. “Now Congress must respond by passing federal legislation to create a universal federal framework for sales and use tax collection in a way that benefits businesses regardless of the state where their business resides and avoids a patchwork of state-by-state laws.”

For instance, a single product category can have multiple tax laws even in a single state. In New Jersey, yarn is tax-exempt if it’s going to be used to knit a sweater but taxable if it’s going to make a blanket. In Illinois, a Twix bar is taxed at a different rate than a Snickers bar because it contains flour and the Snickers doesn’t. 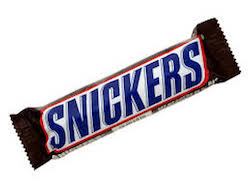 Two candy bars, two taxes: it's not just 45 different state sales taxes that retailers will have to account for in online sales; various tax code quirks can number into the thousands.

While jewelers don’t need to worry about yarn or candy, there may be other local laws that impact them online. And that may not be resolved quickly or easily. Congress does have authority to regulate in this area—the commerce clause of the U.S. Constitution gives Congress the authority to regulate interstate trade—but JVC senior counsel Sara Yood doesn’t think it’s realistic to expect this Congress to resolve it. That would impact holiday season sales this year. 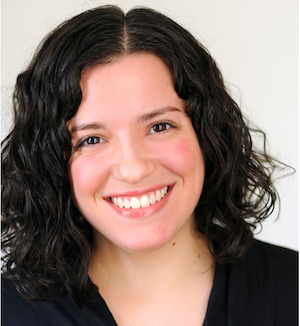 Just as technology created the problem, JA’s Bonaparte says technology will help solve it. “Software is available to automatically collect the sales tax owed for every tax jurisdiction (both state and local) and assist with reporting, much of it free or at low cost,” he told The Centurion.

Tax-automation software can help, but it still will require a significant time investment upfront, argues Lenny Prior of The Edge Retail Academy.

“The Edge can select the correct sales tax based on the shipping address. However, those taxes would need to be manually put into the Edge for each state,” he said of his own company’s system. Also, he added, the initial online sale would happen through the jeweler’s website, which first would need to figure out the sales tax as it processes the sale.

“I expect that there will be software solutions created to tackle this issue, but ultimately it is the seller’s responsibility to be aware of the laws. And of course, as JVC learns about changes in tax laws regarding online selling, we will inform our membership,” Yood told The Centurion.

Could jewelers be exempt? Last Thursday’s ruling doesn’t necessarily help cities that have tacked on additional sales taxes on top of state sales tax, such as Albuquerque, NM, Philadelphia, PA, and Cedar Rapids, IA. And it did not require all Internet companies to collect sales tax. A report on NBC News says that while larger companies are required to, the decision suggests that small retailers—such as those that sell on eBay—may not be required to.

“The decision praised South Dakota for exempting such low-volume dealers, and states eager to charge the tax would likely escape legal challenges if they copied the South Dakota model,” said NBC’s report.

What remains to be seen, however, is the definition of “low volume dealers,” and whether that becomes a nationwide standard or one that varies by state.

“The tax rate is based on where the item is shipped and what the law is in that state. Depending on the law and threshold for collection, many smaller online retailers may not have to collect,” says Bonaparte.

The South Dakota law requires all out-of-state merchants with over $100,000 in annual sales or more than 200 online transactions in the state to collect the tax. A jeweler with a substantial brick-and-mortar presence, even if the store does relatively little e-commerce, still might not be considered “low volume,” although Bonaparte told The Centurion that JA’s understanding of the decision is that it impacts remote sales only and is based on the volume of those, not the brick-and-mortar shop, which already is collecting sales tax.

While ultimately the law does lead to a level playing field for all retailers, the road to get there still needs some smoothing out. Absent a universal framework of the type Bonaparte advocates, burden of tax fairness ultimately might cost more than the disadvantage of tax-free competition.

For more in-depth information about the new law and how it impacts particular businesses, see this article on Businessinsider.com.