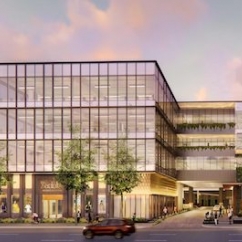 Houston, TX—Zadok Jewelers, a sixth and seventh generation jeweler, will be opening a brand-new, two-story 28,000 square-foot store in Post Oak Place, a new mixed-development center in the upscale Galleria area of uptown Houston. The new location is slated to open in March 2021. Image of new store: WatchPro

The jeweler recently was the subject of a feature article on WatchPro. Owner Jonathan Zadok told WatchPro the new center is “Fifth Avenue meets the Meatpacking District,” a reference to two luxury shopping areas in New York City, one traditional and one more edgy. The new store will be more than twice the size of its current 12,000 square foot location—which is more than 10 times the size of its original store, says the jeweler’s website.

“The decision to create a store for 2021 and beyond, as well as the decision to wrap it within a luxury mixed-use development project with office space and restaurants creates a legacy for our store, our family, and the future of retail in Houston.

“Our goal was a legacy store to be the future of Zadok Jewelers. It made sound economic sense to commit to building up as well, to maximize the use of the 1.65-acre site, and to surround the store with like-minded partners and complimentary businesses,” he adds.

The store is well known for its selection of high-end watches, including brands like IWC, Jaeger LeCoultre, Hublot, Omega, and more. It also is adding a Cartier boutique, new for the retailer. Zadok also carries popular bridal and jewelry brands like Tacori, JB Star, Fana, Simon G., Roberto Coin, Marco Bicego, and more.

Jonathan, with his brothers Segev and Gilad, are seventh-generation Zadoks to be jewelers. Their parents, sixth-generation Dror and Helene, also are active in the business. The family is shown here: 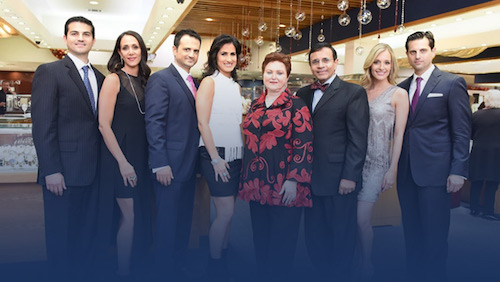