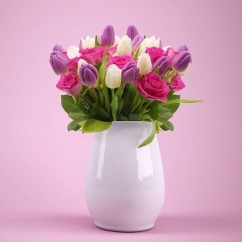 Leading up to this Mother’s Day, I noticed more and more of my friends posting on social media that the holiday is a very painful time for them. Some recently—or even not so recently—lost their mothers, others posted poignant reminders that many women desperately want to be mothers but cannot. Or, worst of all, losing a child. It’s therefore imperative that your sales team be extra alert to cues that a shopper in your store between mid-April and mid-May is not necessarily a Mother’s Day customer.

Many years ago, I conducted a sales experiment with a former colleague at JCK magazine. For an article about selling to women, she and I went out mystery shopping at some local jewelry stores. I’m happy to report most of the stores we tried did a good job selling to us, but there was one—a mall store—that completely ignored us in favor of a male customer who entered moments after we did. We weren’t greeted, and we weren’t helped even after loudly complimenting a pair of earrings. The male customer had immediate attention from one associate, while another associate was busy wiping down the showcase tops.

A few weeks later, my husband and I were wandering around the same mall after dinner. It was the Friday before Mother’s Day—which, honestly, didn’t enter my consciousness since we don’t have kids—but I wanted to see how the same jewelry store would react to a couple shopping together since it had failed so miserably at two women browsing.

We walked up to the lease-line counter and immediately were greeted by a perky sales associate. The display happened to be Hearts On Fire (although this is not in any way a Hearts On Fire story, nor a reflection on the brand).

The associate immediately whipped out the little HOF viewer, launched into the explanation of the diamond cut and why it’s so brilliant, and asked if this wouldn’t be the perfect Mother’s Day gift. My husband was duly impressed with the technology and the pretty stones, while I said, “Gee, honey, do you think the cats would get me this for Mother’s Day?”

“I think that’s a little beyond the cats’ budget this year,” he replied.

Ding, ding, ding! Right then and there, the associate—had she been listening carefully—would have realized we were not Mother’s Day customers. What she should have done was back up and ask what brought us in. Instead, she moved on to another piece.

“What about this one?” she asked, extolling its virtues.

“I don’t think that’s in the cats’ budget either,” Jim said again. Exasperated, she asked what we did like. (Yes, she really did!)

But that wasn't her worst sales transgression. Jim and I are loving cat parents and our decision not to have human children was intentional and right for us. But what if it wasn’t? Or what if either of us had recently lost our mother? Or just felt a long-ago loss very keenly? Not only would that associate have lost the sale, she’d have inflicted some serious emotional pain.

Good people sense—or even just good listening skills—is even more important than good product knowledge. A good sales associate needs to be able to read people and quickly pivot as soon as they realize they’re on the wrong path.

Simply asking, “What brings you in today?” is always better than assuming a customer is shopping for a holiday. Let the customer tell you if they’re a holiday shopper or not, so you can avoid unintentionally pouring salt into an open wound.

After my editorial about this incident ran in JCK, I received a direct phone call from Mary Forte, then-CEO of Zale Corp. Horrified, and without preamble, she asked, “Was that one of my stores??”

It wasn’t. And the store it happened in is no longer in business. But Mary obviously recognized the importance of training associates’ people skills, not just product skills. As I said in the beginning of this editorial, it’s a lesson worth repeating.

Top image: Yuri B for Pixabay.

Previous article:
Getting Over the Fear of Raising Your Jewelry Prices