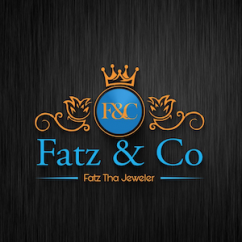 Chicago, IL—Many better jewelers began working in their parents’ stores as young children, doing simple tasks like sweeping the floor or cleaning countertops. But 14-year-old Jason Rogers is different: he’s not working in his family’s jewelry store, he is the storeowner. He even has some celebrity clients already—and he’s not even in high school yet.

Fox 32 in Chicago followed Rogers to learn his story. The teen, who calls himself Fatz Tha Jeweler, is the youngest jeweler in Chicago and probably in the whole United States. He started his business online (via Instagram) at age 12, and opened a storefront on Chicago’s Jewelers Row a year later. He designs custom pieces and sets diamonds after school, selling pieces ranging in price from $25 to $50,000. His clients include Grammy-nominated multiplatinum artists like Freddie Gibbs and Polo G. 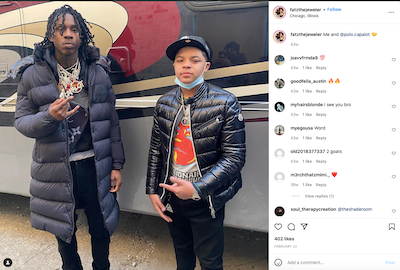 His family has been super-supportive, he told Fox 32. Rogers, who originally wanted to be a lawyer—and still might—became interested in jewelry “because of the art of how jewelers bring a dream or pictures to life.” His father told him that if he could save up $5,000 from working in his family’s business—Wilma’s Famous BBQ—he’d figure out the rest. And they did, creating an LLC for him and taking him to trade shows. He even got a jewelry apprenticeship and is taking GIA courses. 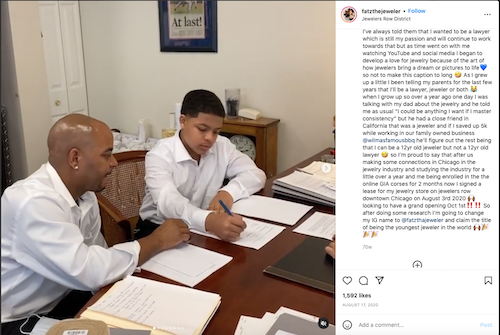 Signing the lease for his Wabash Ave. storefront, above, and at the JCK Show (right), below. 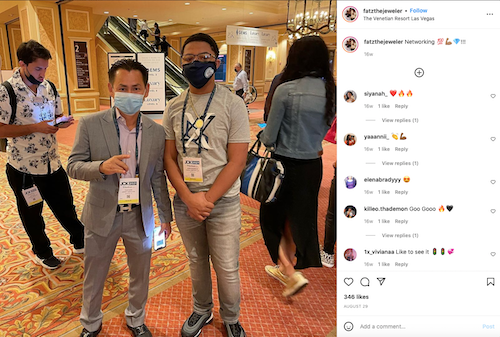 Meanwhile, at age 14, Rogers is still in eighth grade, so his adult cousin runs the store during the day. Click here or on the image below to watch the Fox 32 report. 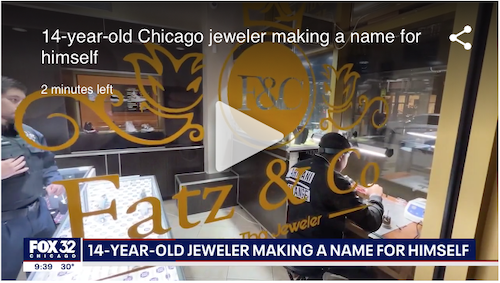 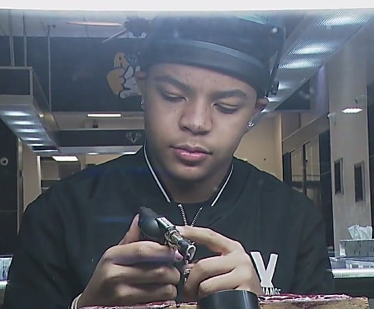 Previous article:
How to Create a Call-Only Campaign in Google Ads for Your Jewelry Store

Next article:
Jewelers’ Holiday Sales Just Get Better And Better