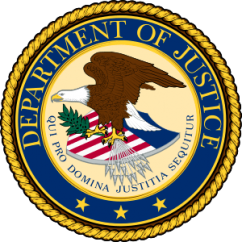 New York, NY--The Department of Justice U.S. Attorney’s Office of the Eastern District of New York has reported that 53-year-old  wholesale jeweler Gregory Altieri of Melville, NY has pleaded guilty to the illegal orchedtration of a $200 Million Ponzi Scheme.

“With today’s guilty plea, Altieri is held accountable for duping dozens of investors, including retirees living off their pensions,” stated Acting United States Attorney DuCharme.  “The defendant’s lies have caught up to him and he will now face the consequences of his fraudulent scheme.”  Mr. DuCharme expressed his grateful appreciation to the Federal Bureau of Investigation, New York Field Office, for its exemplary work on the case, and to the Securities and Exchange Commission, New York Regional Office, for their assistance.

Beginning in August 2017, Altieri solicited between $75 million to $85 million in investments in his entity, LNA Associates, from over 80 investors located in Queens, Staten Island, Long Island and elsewhere.  Altieri told investors that their money would be used to purchase jewelry at “closeout” prices, which would then be resold at a high profit yielding returns on those investments of between 30 and 70 percent in a matter of months.  While Altieri initially purchased some jewelry with investors’ money, since approximately May 2018, he used money from new investors to pay earlier investors, representing to the latter group that they were receiving returns on their investments.  These purported “returns” were used by Altieri to convince the earlier investors to keep their money with LNA Associates by “rolling over” their funds into new investments based on false promises to use this money to purchase additional jewelry.  By January 2020, when Altieri stopped making payments to investors, he owed them approximately $200 million based on the falsely inflated promised returns.