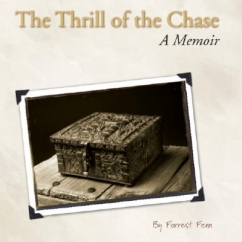 Santa Fe, NM—More than a decade ago, Forrest Fenn decided to give away more than $1 million worth of gold, jewels, and other valuable antiquities. The eccentric author and art and antiquities collector loaded up a bronze chest with the riches, hid it deep in the Rocky Mountains, and created a public treasure hunt by posting clues online and in a 24-line poem penned in his 2010 autobiography, The Thrill of the Chase.

Fenn confirmed to the Santa Fe New Mexican that the chest was found last week by a man from “back East” who did not want his name released.

“It was under a canopy of stars in the lush, forested vegetation of the Rocky Mountains and had not moved from the spot where I hid it more than 10 years ago,” Fenn said in a statement on his website Sunday. “I do not know the person who found it, but the poem in my book led him to the precise spot.” 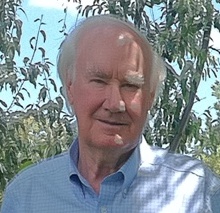 Part of the poem read, "Begin it where warm waters halt/And take it in the canyon down,/Not far, but too far to walk./Put in below the home of Brown," indicating where the treasure hunters should begin their search. Read the entire poem here.

The “precise spot,” of the chest, however, appears to remain forever a mystery to all but Fenn and the lucky winner, unless one of them chooses to reveal its location—something Fenn’s website did not do.

Fenn’s goal in hiding the chest and creating the scavenger hunt was to tempt people to get out into the wilderness and launch an old-fashioned adventure expedition. According to an AP report, hundreds of thousands of people searched over the course of a decade, some even quitting their jobs to pursue the treasure. On the downside, the Santa Fe New Mexican says some hunters depleted their life savings and at least five people died in the process.

Multiple people also have sued over the still-unseen treasure. Fenn says the person who found it sent him photos as proof—but at press time he had not shared those photos with news media, furthering speculation that the treasure may never have existed.

Next article:
The Centurion & Sales Strategy Newsletters to Publish Each Weekday