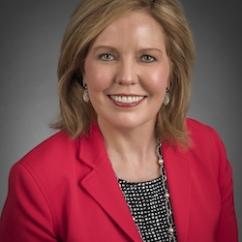 “While these are truly unprecedented times, from the COVID-19 pandemic to economic uncertainty, nothing has matched the pain and heartache of yet another brutal murder of an unarmed person of color,” she said, referring to the killings of both George Floyd and Breonna Taylor. The deaths of Floyd, killed by white Minneapolis, MN police officers on Memorial Day, and Taylor, an EMT gunned down in her home in Louisville, KY by police mistakenly searching for a suspect who was already in custody, have sparked both peaceful and violent protests nationwide.

Drosos has taken a no-nonsense stance. In addition to Signet’s $100,000 donation to the NAACP’s Legal Defense and Education Fund, Drosos firmly stated her support for inclusion, acceptance, and diversity on both a personal LinkedIn post and on the call. She also announced a town-hall meeting with Signet team members that she says will be a “frank discussion on race” and hopefully will produce actionable ideas for the company, its communities, and the jewelry industry as a whole.

“This pattern of discrimination and violence must stop now. Racism has no place in our world, and certainly not in a country dedicated to protecting life, liberty and the pursuit of happiness for all.”

Financially, Signet started off strong this year but like most retailers, hit a brick wall in March when it closed all its North American stores. Same-store sales declined 39% year-on-year for the first quarter and total sales were off 40%. E-commerce was a bright spot: a 7% increase for the period helped to somewhat offset the decline in in-store sales. But excluding the shutdown of its New York-based distribution center for the James Allen e-commerce brand, online sales grew 18% for the quarter and rocketed to a 55% increase in the month of April.

Signet staff were paid at least through April 4 but ultimately the jeweler had to furlough most store and support center employees and cut executive salaries. Now it plans to leave many of those doors permanently closed: at least 380 locations will go away, leaving its physical footprint 20% smaller, on top of the 13% reduction in doors it made last year. Just as many people discovered they can live without things they gave up during quarantine, the jeweler identified another $100 million in “structural cost savings” in response to the pandemic.

On a positive note, Drosos said Jared The Galleria of Jewelry’s “virtual wedding” promotion was hugely popular, and that revenue for stores that have reopened is beating expectations.

Separately, retail in general is likely to continue taking a beating. A study released Tuesday by Coresight Research predicts between 20,000 and 25,000 stores will shutter this year, up from the 15,000 forecast earlier in the year. As much as 60% of the closures are likely to be in malls, further battering an already-struggling sector.

Consumer spending drives 70% of the U.S. economy. While both politicians and the stock market are banking on a V-shaped recovery from the pandemic-induced recession, economists remain cautious. In April, retail sales dropped 14.6%, considerably more than analysts expected, and new data released by the National Bureau of Economic Research reveals that the U.S. economy officially fell into recession in February—a month before the nation locked down—suggesting some underlying problems were already festering and would have emerged regardless.

Next article:
$1 Million In Rare Gold And Jewels Found Hidden In Rocky Mountains