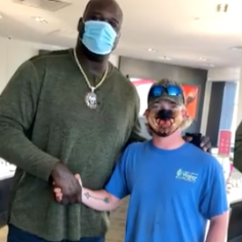 Atlanta, GA—NBA legend Shaquille O’Neal well known for going big, whether on or off the court. The 7’1” center with the size 23 sneaker enjoyed four championships in his 19-year career with the Los Angeles Lakers and other teams.

Now retired, he enjoys a career as a sports analyst and he’s also starring alongside Tony the Tiger in a commercial for Kellogg’s Frosted Flakes cereal.

But he’s also well known for his spontaneous generosity to strangers. Most recently, while shopping at a Zales jewelry store in the Atlanta area in early April, Shaq noticed a young man shyly asking how much was left to pay off the engagement ring he’d put on layaway. The basketball star slyly slipped his credit card to the associate and paid off the balance, telling the young man “I’ve got it.”

“He’s a young kid, a hardworking guy, he said I can put a little down this month and a little more next month, you know, layaway,” said Shaq in an interview after the incident. “I said you know what? I got it, tell your girlfriend I’ll take care of it.”

At first the young man didn’t want to accept the money, O’Neill said, but he quickly relented and the two talked and posed for photos (top image) that later went viral.

O’Neill isn’t seeking publicity and hadn’t intended for this moment to be public, but he is well known for his frequent gestures of kindness.

“I’m into making people happy. So, whenever I leave the house, I just try to do a good deed,” he said on TNT’s NBA aftershow (clip shown here on ET). Click here or on the image below to watch O’Neill pay for the ring and do the interview. 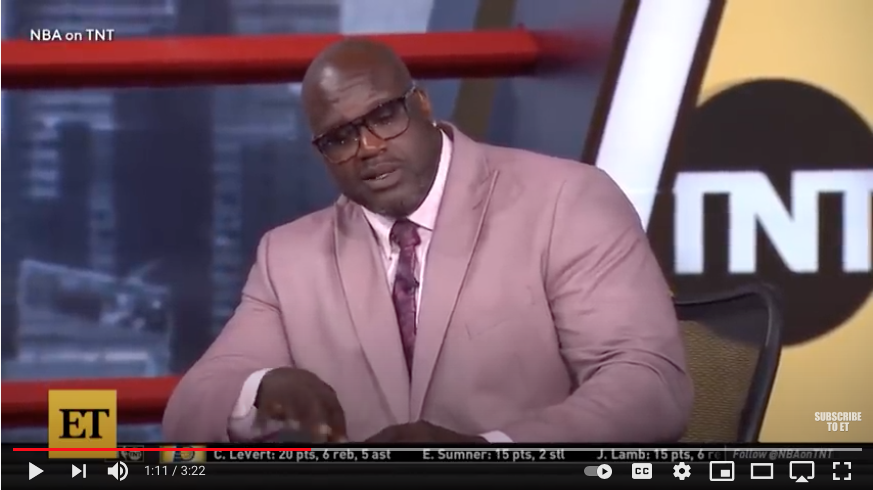