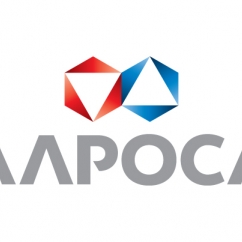 However, concerns for the company continue to mount amid Russia's invasion of Ukraine and the United States' economic sanctions targeted to cripple the Kremlin. With America sanctioning Alrosa's CEO Sergey Ivanov, it's become more complicated for the company to receive credits for business operations. Besides, the alliance of  Western countries has cut off several Russian banks from the Swift payment system.

“These sanctions are preventing the group from obtaining financing from persons and entities connected to the US and from effecting payments through sanctioned banks,” Alrosa said in its results statement.

Alrosa is 33% owned by the Russian Federation. Another 33% of the company is held by the government of Republic of Sakha (Yakutia). Its remaining shares are publicly traded.

Alrosa's management continues to conduct its operations; however, the results of the economic sanctions stay unpredictable.

The company would also monitor how the sanctions would impact its future plans. In 2022, it intends to continue its operational efficiency strategy, which will enable it to partially offset inflationary pricing pressure from key input materials and growth in the run of mine volumes.